Will America Celebrate Canadian Thanksgiving On Monday? - The Downbeat - #593

Share All sharing options for: Will America Celebrate Canadian Thanksgiving On Monday? - The Downbeat - #593 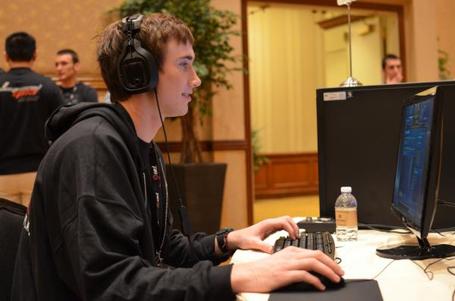 Sidney Lowe was introduced as the assistant coach yesterday and according to Brian T. Smith, the Jazz did some heavy vetting (there's another (I)udq for you moni) on him,

Lowe wanted to know what was going on with Utah's unfilled assistant coaching position - a job that previously belonged to longtime assistant Phil Johnson, and was vacated Feb. 10 when legendary head coach Jerry Sloan suddenly resigned.

Not much, Corbin said. Let me get back to you.

Soon after, Corbin flew to North Carolina to meet with Lowe. Then Corbin and Jazz general manager Kevin O'Connor retraced the trip, giving the 51-year-old Lowe a hard lookover. Background checks followed. As did conversations with numerous NBA personnel, all of whom vouched for Lowe's track record, experience and knowledge.

moni has a lot more info on the press conference.

Sorry, this is what you get with the lockout.  Tell me who said this?  (I've made changes that would give it away as you read it),

[They] wants to cut our salaries in half because it says it can't afford to continue [running things] under what it calls the existing business model. [They] haven't explained what kind of new business model it has formulated to keep [things going], but clearly the less money they have to pay us in salary, the more they're able to afford to continue [doing things]. And to this I say, fine - if pay cuts are what it will take to keep [things going], then cut my pay. In fact, to make it as easy as possible for [them] to keep [things going], I'm willing to let them cut my salary not just 45% but more than 70% - down to half of what they said they would be willing to pay us. All I would ask in return is that I be allowed a small share of the eventual profits.

Sound familiar?  Well, it wasn't an NBA player, but Harry Shearer, one of the voice actors from the Simpsons.   I know the sentiment out there is that the Simpsons have had their run, but it would be crazy for them to not be on the air anymore considering they've been around for a large portion of my lifetime.

While losing the pre-season sucks, I'll bet you one thing that the players and coaches (and beat writers) won't tell you is that they're glad they don't have to head to North Dakota for a game.  I can say that about ND because I have family there.

It's the calm before the storm this weekend.  For most it's a three-day weekend with Columbus Day on Monday.  Canadians will celebrate Thanksgiving (you can never have too many).  And hopefully Monday will mark the day that we get a new CBA.  There hasn't been meetings between the two sides since their last, but Chris Sheridan believes there could be contact today:

There is a fair chance there will be contact between the league office and the players association today, if not for a brief sitdown (the Jewish holiday of Yom Kippur begins at sundown, shortening the workday), then to set the table for a final round of negotiations to bring an end to the lockout before Monday - the date commissioner David Stern has set as the deadline to save the scheduled Nov. 1 start of the regular season.

Sheridan goes on to explain how Stern is eager to get a deal done and maintains his stance that there won't be any games lost.  Now that the agents that were pushing for decertification have backed off that stance, maybe we get something done.