Share All sharing options for: Napster And The NBA - The Downbeat - #621

So here we go.  The day after dissolving the union and becoming a trade association, the players filed suit against the league in Minnesota -- same spot where the NFL players filed their suit -- and will soon file in northern California.  Ken Berger of CBS Sports has the story,

With two antitrust actions -- one in California naming superstars Carmelo Anthony and Kevin Durant among five plaintiffs, and another in Minnesota naming four plaintiffs -- the players are seeking summary judgment and treble damages totaling three times the players' lost wages due to what lead attorney David Boies referred to as an illegal group boycott.

"There's one reason and one reason only that the season is in jeopardy," Boies told reporters at the Harlem headquarters of the former players' union, which was dissolved Monday and reformed as a trade association to pave the way for the lawsuits. "And that is because the owners have locked out the players and have maintained that lockout for several months. ... The players are willing to start playing tomorrow if (the owners) end the boycott."

David Boies probably isn't a familiar name unless you've been to law school or have a jones for following high-profile legal cases.  He's represented large cases such as the suit against Napster and he was the lead attorney in the anti-trust suit against Microsoft.  I didn't know who we was before yesterday but I already like his chances against the league better than what Billy Hunter has done.  I give the league a slightly better chance at winning this thing.

None of this of course precludes the league and players from negotiating on an individual level, but that won't happen.  The players, and more specifically the lawyers, are looking for a summary judgement rather than an injunction to speed up the process.

Maybe the Jazz should have taken Chris Paul in 2005?  From Kevin Arnovitz at TrueHoop,

The authors broke down Paul and Williams' games using those three basic categories on both ends of the floor: scoring, rebounding and ball-handling. After the data was sufficiently crunched, the findings were interesting:

"We thought that was pretty interesting," Shen says. "It turns out our framework predicts that stealing the ball has positive synergy. So if you have two guys on your team who steal the ball, it will actually generate more steals than if the two players played separately. Chris Paul steals the ball very well -- but his teammates do not. But Utah does. On the flip side, Deron Williams would've fit better on New Orleans because our framework predicts that offensive scoring has a negative synergies because you have to share the ball. On the Hornets, Williams wouldn't have to share the ball with as many teammates."

I still maintain that if you put either player in either system, they would still have been the top PGs in the league.  But this is interesting to think about.  The only thing is that they put up these statistics in their respective systems. Had they been swapped from the beginning, while they would have had good numbers, would they have been the same?

And suddenly, I have an idea for a Lifetime-type movie where two draft picks are mixed up at the draft where one ends up in Utah and the other in New Orleans.  Only, the nurses draft night team mix up the two and give David Stern the wrong card for Utah.  Six years later, the error is discovered and the two families teams are torn on what to do.  Starring Blue Edwards.

Henry Abbott of TrueHoop gives his eight reasons on why the lawsuits will end in negotiations and we'll get basketball again.  I hope he's right, but he also predicted that we wouldn't lose any games.

Ten owners submitted a letter to the league stating that they felt the 50/50 deal was too much to give to players.  From the IBJ,

According to sources within the NBA, the league's labor relations board received a letter from 10 owners strongly opposed to the final offer Stern put on the table offering a 50-50 split.

Owners for Indiana, Atlanta, Charlotte, Denver, Memphis, Milwaukee, Minnesota, Philadelphia, Portland and Sacramento said in the letter that they feel that a 50-50 revenue split represents a bad deal for the owners.

That's not a majority so the league would be able to pass a 50/50 deal if that's all this was about.  It's worth noting that the Jazz aren't on the list when you see the other small markets listed here and considering that the Jazz were one of the teams that sent a letter to the league in 2005 that large market teams had an unfair advantage.

As Clint noted last night though, there's been a shift since Greg Miller took over the team.  He had been reported to be in the "hawk" camp of owners, those that wanted to push for a a possible lost season to get what they wanted.  This could be the deal that he wanted though but I still tend to believe that while the Jazz want some concessions, they would lean towards playing.

Enes Kanter posted these pictures and said that it's his new career path.  With his luck, the US will suddenly outlaw boxing. 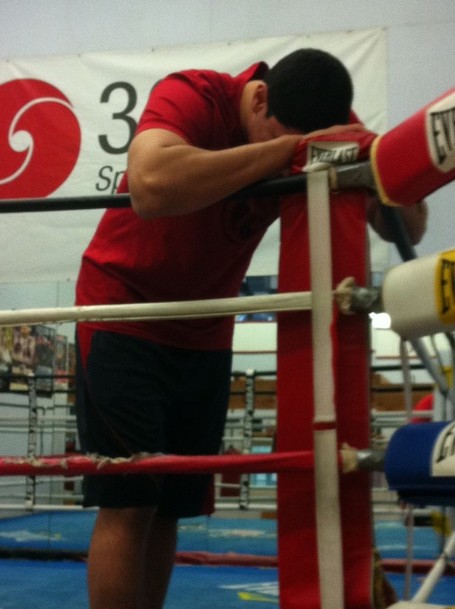 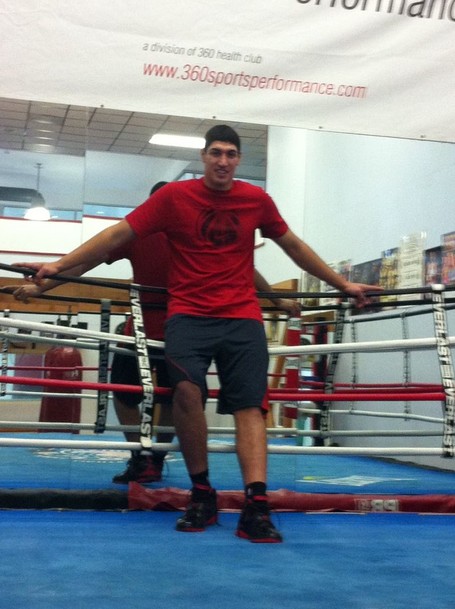