Share All sharing options for: Quinn He Do It Again? - The Downbeat - #626 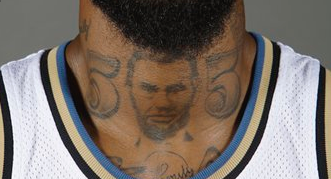 Lockout like it's nineteen ninety-nine? If a deal is to get done to salvage a season, then we may have a repeat performance. In that lockout, attorney Jim Quinn helped broker a deal that saved the season. He might be back at it again. According to Ken Berger, he's offering his services again,

Reached by CBSSports.com Tuesday at the offices of Weil, Gotshal & Manges, where he is a partner and chairman of the global litigation team, Quinn confirmed he has spoken with both Stern and NBPA director Billy Hunter since the collective bargaining process broke down and the union disclaimed -- leading to multiple antitrust lawsuits.

Quinn characterized the conversations as "touchy-feely" and "off-the-record," and said they have occurred "in the past number of days."

"The reality is," he said, "sometimes off-the-record conversations can be useful."

Never more so than right now.

"I've always said that I'll be helpful in any way I can be," Quinn said. "Everyone would like to see that there is a season, so sure, I'd be helpful."

This brings an interesting dynamic to the negotiations. Neither side wants to be the first to give in and pick up a phone. However, if they were to call Quinn and have him start up informal talks again then both sides can feel good about themselves about not having to call each other directly.

This doesn't seem to be a new idea though. Steve Aschburner of NBA.com brought up this exact point a month ago. Quinn wasn't optimistic then either,

Quinn, even weeks ago, had a sense of where this lockout was headed. "I expect that the lockout will stay in place sometime into the season," he had said long before Stern canceled games. "And possibly through the end of the year. Then something will get done. I'd be surprised if it's done earlier. I think it will be somewhat of a replay of last time."

I talked about using some hijinks yesterday to get the two sides together. All Quinn has to do is call up one side and say he would like to meet. Then call the other and offer up a meeting at the same place. Bring out the romantic dinner, sing a song, disappear for the night, and poof!, you have a deal.

In other lockout news, Lincolneck is ticked at Billy Hunter and that he's not starring in any McDonald's ads.

17 hours ago via Twitter for BlackBerry® · powered by @socialditto

An interesting chart from Fizziolo.gy (via TrueHoop) on how the sentiment on twitter for owners and players has shifted as the blame is now at 50/50. That number sounds familiar.

At some point we're going to have a draft again. There's a good chance the Jazz have at least one lottery pick next season. So while there's no NBA going on right now, you could start brushing up on the college players that could be taken. CBS Sports has a good preview of some of the top players right now that could star in the NBA next season.

If prodigyJF is reading this, I would just like to request an hour-long video of nothing but John Stockton passes. I don't care about the finishes, I just want to watch pin-point passes for an hour straight.