With injuries piling up, Corbin may have no choice to play the rookies though they have earned it.    The Jazz reported today that Ronnie Price, Devin Harris, AK, and Bell will be out Friday against LA.  If you're keeping track at home, that's 2 of our 3 PGs that will be out and two wing players.  That should be mucho minutes for Hayward.

That will likely give us a starting lineup of of Watson, Miles, Hayward, Millsap, and Jefferson with Evans and Favors being the first options off the bench.  We could see Hayward play some PG too.

Hopefully Fesenko and Elson will be okay to go so that we can have enough bodies.

Karl Malone was on Mike and Mike in the Morning.  I don't know if there are any unbelievable functions dropped (haven't listened yet), but I'm sure it's well worth your time.

Maybe a sign that AK doesn't think he'll be here next season?  His house is up for sale: 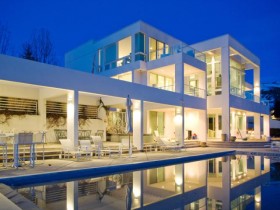 I'm pretty sure that for $3M, you could talk him into throwing in the 12 conches as well.

Thanks to Utah Jazz Scoop for the tip

Tissues at the ready

Wednesday op poll...  Some of you have stated that you'll wait until Corbin has had a chance to run through a training camp and implement everything he wants to before evaluating him.  That's more than fair especially given the circumstances surrounding how he got the job.

That said, what if Sloan hadn't retired until after the season was over?  A two-part question today... 1) Would Ty still have got the head coaching spot and 2) is there anyone else you wish the Jazz would have seriously considered for the job?