For the first time in five seasons, the Jazz end their season without a trip to the playoffs.  I wasn't blogging the last time the Jazz missed the post-season and only took it up in the 2007 season when they were returning after their first drought in 20 seasons.  So while this feels weird to me, for some of the Jazz players it's weird because they've known nothing but the playoffs.  Others have had a taste in the past but will come up empty again.  And still others will have to wait for another season for another chance.  I hope those that have battled in the playoffs never lose that thirst to return.

One of the worst parts about not making the playoffs is that it extends the off-season that much more.  Even getting eliminated in the first round usually bought you a couple more weeks.

But now it's time to put a close on the 2011 season for the Jazz and all of the ups and downs (and more downs).  Nothing we can do about that now.  That doesn't mean that we can't look back on it but it should only be so glancingly with your eyes primarily on the road ahead.

So now we shift to lottery and draft mode early and then we wait.  We wait for the players and owners to hash things out and hopefully salvage next season for the league and the game we love.  SLC Dunk will be here through all of that.  Thanks again for reading and for all of your contributions.

You don't know how much this quote confused me after I had it in my head that it was Karl Malone speaking and not George Karl.  From the Deseret News,

"I believe in (Jazz general manager) Kevin O'Connor, and I trust him," Karl said. "There have been so many years where I've been hoping the Utah Jazz would not be any good. I expect them to be back next year."

He also stated that he believes the Jazz are just one player away from returning to the playoffs next season in addition to stating that the Jazz need to build up their backcourt a bit.

So what position is that one good player he's talking about?  Or is it just additional talent?

I know this is the going forward edition, but I wanted to look back one more time on a few of the lineups from this past season.

Deron/CJ/AK/Millsap/Jefferson - This was our best lineup statistically for the season.  In fact, it was one of the top units in the NBA this season.  Swapping out Bell for Miles improved that first unit dramatically.  What's weird though is that if you take our starting unit for most of the season and swap out Deron for Watson and keep Bell in, that unit did well too.  And if you swapped out AK for Hayward in that starting unit and left Bell in, which also got significant minutes, they played well.

Finally, you have the original SWARM unit of FeSenko, Watson, FrAncisco, Ronnie, and Miles.  That unit was also one of the tops in the NBA.  Just like recent events, the bees disappeared and we rarely saw them again.  It was right around the time that Memo returned that SWARM was disbanded and never heard from again.

As we transition into the off-season, the Downbeats will continue.  We still have the lottery, draft, and some other things to last through the summer.  But as usual, information and news dries up a bit so the Downbeats may not be as chock full of text and quotes and opinion.  It tends  to delve into weird eBay auction items, pics, etc.   But know that they will go on, even if I just list Jazz players and their most likely choice of cereal or what cereal best defines them.

Remember, it could be worse.  You could have been saying goodbye to your team for good.  Good luck to the Kings whose owners are in NYC today trying to persuade the other owners into letting them move the Kings.  Hopefully they're met with a cold reception. 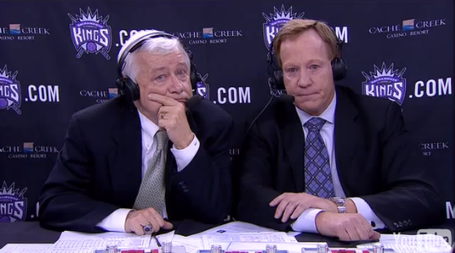