Share All sharing options for: The Utah Jazz Need To Pull Out The Big Guns For The Draft Lottery - The Downbeat #487

I try not to read too much into quotes, but this quote from Andrei really sounds like he doesn't plan on being back with the Jazz next season,

"I had a great, great time with the Jazz," Kirilenko said. "I don't know how it's going to be in the future next year. I think my 10 years with the Jazz were beautiful, on and off the court."

Now, he's said multiple times in the past that his first choice is to remain in Utah and is willing to give the team a huge discount. At this point, it is up to the team as to whether they want him back.

I think two things lead to Andrei leaving. One, I think the Jazz are taking the team in a new direction and are starting over. While I believe AK would be a good part of that, we've seen two franchise-altering moves this season. Letting Andrei go would be cutting the last cord to the previous Jazz era.

Two, I think the siren of Prokhorov will come calling. Of course the Russian/CSKA connection between the two led to rumors flying that AK would inevitably land with the Nets. At that point, the rumors were circumstantial. However, we know from Billy King talking about how The Trade went down that they initially inquired about Andrei but nothing could be worked out.

There's also this story about how Prokhorov tried to buy out AK's contract in 2007 after he had won the Euro Championship with Russia (courtesy of @NetsDaily),

"There was only one time when [Prokorov] got involved in a personnel decision, and that was when there was a chance to bring Andrei Kirilenko back to Moscow," Messina said. "It was after Russia had won the European championship in 2007. It would have been a big patriotic thing for Kirilenko to come back, but he had a contract with the Jazz and they wouldn't let him go.

That is very interesting as it coincides with the report of Kirilenko going to Larry H. Miller to be asked out of his contract.

So if AK isn't back with the Jazz, the Nets seem to be the obvious next stop for him.

Sorry O'Connor, you're not going to cut it for next week's draft lottery. The past hasn't been too kind to you when it comes to lucking out. And now the Kings, who already won a coin flip and pick one spot ahead of the Jazz, are sending Mayor Kevin Johnson to represent their team. Keeping the team in Sacramento was a monumental group effort, but it was Johnson who led the way, rounding up sponsors and bringing in potential billionaire buyers. He has mojo right now and that's not good for the Jazz.

The team needs to counter with either Gail Miller, the Jazz Bear, or Mr. #UnbelievableFunction himself. The case for each of them:

Jazz Bear - He pulls off the improbable and impossible every night. Could he do the same in New York? I would love to see them interview him afterwards.

Karl Malon - He was one of the biggest steals in NBA draft history at the #13 pick. Who else to give us luck in landing another franchise cornerstone? Plus, he could finally bust out his draft-day suit again or just wear this: 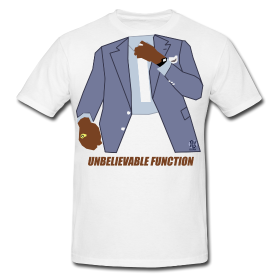 So AK's tattoo blew up over the past couple of days much to his surprise. He's always amazed when people are interested in stuff like this.

However, he's always managed to make news for pictures of him showing up on the Internet. Here's one from a couple of years ago when he was on vacation: 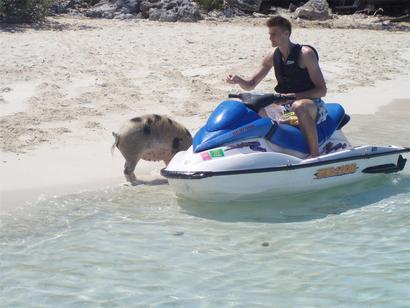 And of course the pics from the New Year's Eve party, 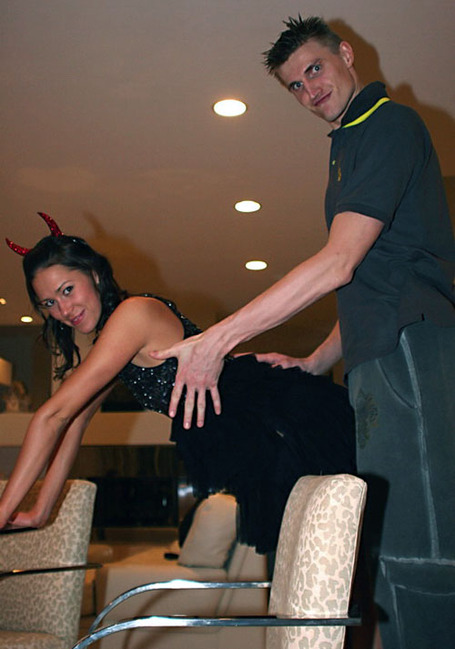 Sadly, those posts with those pictures have been the highest-trafficked posts that I've ever put up. The New Year's Eve pic was pre-SLC Dunk.

What this tells me is that I'm in the wrong business and I really need to start a funny pic site.

So the latest proposal from the owners to the players has a franchise tag, but not one like the NFL. According to Zach Lowe at SI.com, the tag would work like this,

... [A] team would be allowed to designate one player for preferential contractual treatment, including more overall money, more guaranteed money and at least one extra year on his contract. A player would have to agree to such a designation. It is designed to work as an incentive to get a player to remain with his team rather than as a roadblock to free agency, the sources said.

It sounds awfully familiar to what the league already has. A player's existing team can offer one more year and bigger pay increases. However, you have to consider the overall proposal from the owners. They want to cut salaries and institute a hard salary cap. In that context, this franchise tag makes more sense. Perhaps it would allow the team to go over the the salary cap to keep the franchise player. If its design is to give a player incentive to stay, then I would assume the amount the player could earn would be a significant difference over what he could earn on the open market.

The article doesn't state what the restrictions would be for the franchise tag such as whether you could offer it to a new player each season or if you could only have one franchise tagged player on your roster.

Lowe's article also points out that the two sides have been having weekly face to face meetings in regards to the new CBA. My only reaction to that is why hasn't this been going on for the past year or so? It's a negotiating tactic in a way to delay talks. Billy Hunter and David Stern have many other duties, but this isn't this the biggest part of their respective jobs? Get to it already.

Wednesday open poll... who should rep the Jazz at the draft lottery?