Irrational Guide for Rational Jazz Fans: Who to root for in Conf Finals & Beyond

Share All sharing options for: Irrational Guide for Rational Jazz Fans: Who to root for in Conf Finals & Beyond

In a perfect world I would have written this five games ago. Sadly, this is an imperfect world. And in this imperfect world Utah Jazz fans are faced with an imperfect set of teams in the Western and Eastern Conference Finals. Bluntly, there is not one team that you, as a Jazz fan, can support with all of your heart. Or at least, that's the problem I felt when looking at the Chicago Bulls, Miami Heat, Dallas Mavericks, and Oklahoma City Thunder.By the process of elimination I found out which team to root for, out of these final four teams.

The four teams are the Chicago Bulls, Miami Heat, Dallas Mavericks, and Oklahoma City Thunder. They are good teams who all had good seasons. Aside from the Bulls, none of these teams have had a serious rivalry with us. It would be impossible to root for the Los Angeles Lakers, San Antonio Spurs, Houston Rockets, Denver Nuggets or Portland Trail Blazers. Those are our five biggest rivals by my reckoning. Instead we have the Thunder, a team with a house built on sand, propped up by hype, yet is surprisingly similar to one of our best performing teams of the last decade. They are young and are lead by a former Coach of the Year in Scotty Brooks. Next we have the Dallas Mavericks, run by a fan owner and stocked with veterans. Staving off a perpetually closing window are they not like a more talented version of the Stockton-to-Malone finals teams? Out east there’s a trio of stars in Miami who decided to join together like superfriends, taking pay cuts and their talents to South Beach. Lastly, there’s the Bulls, who reloaded with a current NBA MVP and a bunch of our best rotation guys from the previous core. While you can’t fully support any one of them, some would say that you can’t go "wrong" with any pick, either.

The Case Against Dallas

Talking with my brother last night he told me that my reasoning was weak here. He may very well be right, but as this is an irrational guide, I think it works fine. I can’t root for Dallas to win here because if they win it means a lot of guys we love get dropped down another few spots in the All-Time Perception Rankings. Larry H. Miller’s hard work and dedication as an owner gets trumped by Mark Cuban’s bravado and almost limitless spending and self promotion. Cuban would have a ring, and that would vindicate him, nay, almost absolve him of his behavior. More so than that, it would mean that our two greatest heroes, John Stockton and Karl Malone would be supplanted by two guys leapfrogging them. Right now Karl is better than Dirk Nowitzki. Or at least that’s what I think. Perception is changing in Dirk’s favor. If he wins a ring, the one thing Karl doesn’t have, then Dirk automatically becomes better in the eyes of many observers. Likewise, Stockton is one of the best, if not the best, Point guard to never win a ring. If Jason Kidd (who has already been to the NBA Finals twice, just like John) goes to the finals again and wins the title he becomes better than John. Dirk and Jason Kidd are great players. And they have a lot of deserving vets on their squad. Stars who lead their teams to rings are better than stars who don’t. That’s the perception. And in order to fight against this perceived ranking change I can’t accept a solution where the Mavs become champions. Maybe it’s petty, maybe it’s preventative jealousy – but I don’t want even MORE guys to be regarded better by modern-ical revisionism. 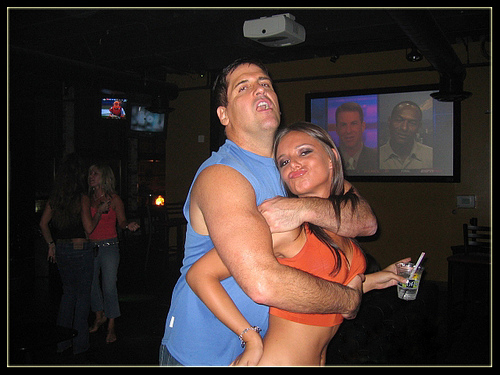 And again, do you want THIS guy to have an NBA Title, while LHM didn’t get one?

The Case Against Seattle Oklahoma City

Speaking of douche bags, you all know about how and why the team moved from a city that it had previously won a championship for, right?

If you need more reasons why NOT to cheer for that franchise I have a few more. They are another team in our division. This isn’t some Rah-Rah strength of schedule college BSC issue where THEM winning makes us better. It doesn’t. In fact if they go to the Finals, or God forbid, win the title imagine just how more unguardable their stars will be next year. We’re already not allowed to defend Durant, and Westbrook already gets to the foul line like Hakeem Olaujwon against us. Rooting for them, and having them win, will cook our goose going forward. Sure, KD and crew are young, happy, kids having fun playing ball. Yeah, Kobe and LeBron were also viewed as such when they were kids as well. Don’t be so dumb to think that there are any real role models in sports. These kids don’t poop rainbows. Even if the media wants you to think that they do. Let’s move on.

The Case Against Chicago

I didn’t list the Bulls as one of our Top 5 rivals. Why? Because I reserve a very special part of my black, black heart for the Bulls. If the Jazz won a title or two there would be no problem with rooting for the Mavs. John, Karl, Jerry and LHM would all have had rings to validate their excellent careers. Their positions would be locked for all eternity. The reason why their spots are NOT locked is because of one team, and one team alone. We didn’t win those titles not because we weren’t good enough. Not because we didn’t work hard enough. Not that we didn’t deserve to win. We didn’t win because we were up against the Bulls. If we had played Orlando, or the Knicks, or the Pacers or any other east team the Jazz would have been allowed to compete fairly, and win fairly. Instead the Jazz lost. Twice. To the Bulls. It didn’t matter that we beat a Houston team filled with Hakeem, Clyde, AND Barkley. It didn’t matter that we swept the Shaq/Kobe Lakers. All that matters in the big picture is that we lost. And we lost to the Bulls. Because they were the Bulls.

Yes, this team is not THAT team. They have a talented young guard who is flashy and exciting and the MVP. He’s hyped up beyond his actual abilities. They have a number of Jazz players – but no one is rooting for Dallas because D-Steve is there. No one is rooting for OKC because Maynor is there. Rooting for guys who chose to sign elsewhere as free agents is like rooting for the girl who dumped you to be Prom Queen. It makes you look pathetic. You may think it’s loyalty that makes you root for Korver or Brewer (like some of the Utah newspaper writers have written about). But no, it makes them look pathetic. (But what else to expect from a group who spent a week talking about a tattoo, or just as long talking about hair dye)

The Case Against Miami

The main case is that they, as a collective unit, are not a group of guys you want to root for. They are the ‘bad guys’. They are villains. Pat Riley is notorious for being scheming. The three main cogs of their team apparently had secret deals and plans in place way before any of them became free agents. This is collusion. And this is wrong. They moved to a medium market that is virtually bereft of any fans worth their salt. They had a big celebration for ‘winning’ free agency. Worst of all, for some people supporting them is like supporting the beginning of a new, evil regime. The Superfriends theory would be validated by them winning the East, or the entire NBA. More teams (and players) will try this approach and as a result – the poorer teams will not be able to compete. 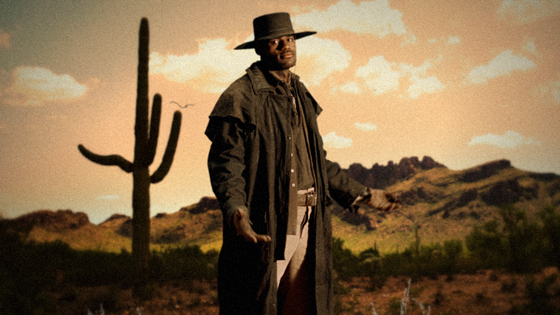 If the worst case scenario is that Superfriend teams will form then the worst case scenario happened a long time ago, and it actually predates this Miami squad. How the Celtics drafted Larry Bird is shady. How the Lakers got Magic is shady. How the Lakers got James Worthy was also shady (in the off-season after winning the title). How the Lakers got Kobe is shady (as he was supposed to be drafted by the Nets – but they weren’t playing ball with Nike). Good players go where they want to go. It’s the players who drive all the sales, and the head office wants sales. Getting upset at the Heat for being created by media members making back room deals is like getting upset at N*Sync or the Backstreet Boys for being cobbled together by music producers trying to sell something. You are free to hate on Joey Fatone all you want, but you can’t hate on him for signing on the dotted line to make money someone was willing to pay him. The Heat, at best, are mercenaries trying to improve their individual brands so they can get rich. They aren’t trying to destroy parity in the NBA.

Who to root for?

It’s the process of elimination time. Chicago is out. Period. I will never root for them. So that leaves three teams. Oklahoma City is next to fall. I will not root for a team that’ll automatically be even more impossible for my team (who shares the same division) to compete against. And then there were two. Rooting for Dallas and Miami to win their conferences is fine. (It’s especially easy now as both have three wins – but if you check my twitter timeline I tweeted this exact post a few days ago, before the games were no longer hanging in the balance)

Dallas winning would hurt our past. Miami winning would only hurt our present. Furthermore, Miami Winning the Title / having LeBron James win a ring would hurt the Lakers and Kobe fans/apologists. Preserving the integrity of our past legends *and* hurting Kobe fans? Where do I sign? Can I get an ‘el heat’ jersey personalized with the name "Todo eso Amar"?