Share All sharing options for: DeShawn Stevenson, Former Jazz Man, Takes His Neck To The NBA Finals - The Downbeat - #498

DeShawn Stevenson is going to the NBA Finals and you're not.  Not only is he going to the finals, but he's been playing significant minutes (15/gm) despite sporting a PER of 2.2 for the WC Champion Mavericks.  He's not doing anything well shooting just 27% overall and barely cracking 31% from three.

And now he will likely see a bump in minutes in the finals because he'll be used to hound LeBron James.  They do have a history together going back to when Stevenson was with the Wizards.

It's kind of amazing to me that he's a ten-year vet in the league.  He's never really even been an average player if you consider PER.  His highest for a season was 12.9 (15 is average).  He was able to land a free agent contract with Washington after a stint with the Magic and put up his two best years while in the nation's capital.  Orlando was his second home after he was dealt by the Jazz for Gordan Giricek.

That contract is up after this season.  It will be interesting to see where he ends up next.  He is still just 29 but there are probably a lot of players trying to get into the league that can do what he can and more for much less.  Maybe he joins forces with Starbury in China?

I know Amar is doing a post on all of the lengths/athleticism tests from yesterday so I'm not going to step on his toes much.  Chad Ford had this to say though in yesterday's chat:

Do you think the Jazz would be better off getting their point guard in Knight at No. 3 or The Jimmer Show at 12?
Chad Ford (1:21 PM)

Just depends on what you value. They are very different players. But Knight is bigger, a much better defender, and more athletic. Jimmer is a better shooter, a more aggressive scorer and more NBA ready. Long-term ... Knight is the choice. And I think the Jazz are looking long term.

What's interesting about that though is that it was reported all over twitter how Jimmer beat both Kemba Walker and Brandon Knight in agility tests.  He also benched 185 lbs. 14 times.  Tops was Derrick Williams with 19.

I can't think of Jimmer and not picture him as this, 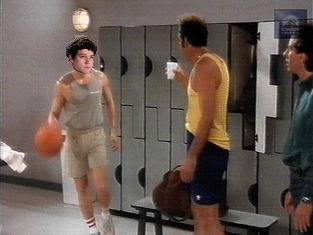 It looks like the Jazz and Pacers are color bros according to this cool graphic from the Sports Design Blog, 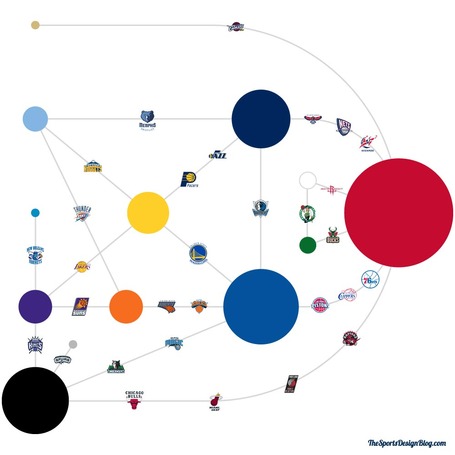 I don't feel comfortable being that close to the Lakers.  I think this chart means we're first-cousins with them.  It also means that yellow got around a lot in the 70s.

As you would expect, Mehmet Okur is big in Turkey, both literally and figuratively.  So it's no question that he probably has his own room at Gül's place where the talk about rare cars and rehab.

So it's no doubt that Memo would be one of the celebs to help out those less fortunate than him by, as best as I can interpret, help get kids across the country involved in sports.  That's a BBJ translate of the Google translate of this page,

81 Stars Project in 81 provinces have implemented two years ago. Valiliklerimizce the provinces, classes, and successful young people in sports get himayemize. Spiritual support for these children and their mothers as they face any problem with them trying to be. 162 children in a big family. How happy is to us, our children wasted no time didn't trust. at school and have posted remarkable achievements in sport and we continue to gururlandırmaya. övünsek how much less with them. congratulate themselves and wish you continued success. 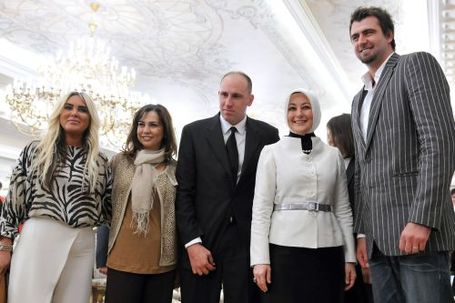 If you have any tips for The Downbeat, email me at basketballjohn@gmail.com or hit me up on twitter.