An Update On Andrei Kirilenko's Tattoo

Share All sharing options for: An Update On Andrei Kirilenko's Tattoo

An update from @vicback's twitter stream on what this is on AK's back, 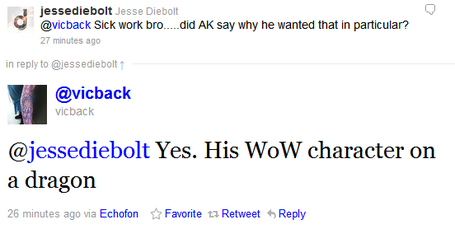 His character is a level 80 paladin (I have no idea what I'm saying, only writing what I've read) according to Channing Frye. A paladin is described thusly,

The paladin is a hybrid class with the ability to play a variety of different roles - including healing (holy), tanking (protection), and DPS (retribution). They have auras, blessings andseals that provide useful buffs for other players while withstanding heavy physical damage with plate armor and strong defensive abilities. Paladins are also considered to be holy knights or blood knights.

NOTE: It is worth mentioning that as Paladins are mostly effective against the undead and demons, the Holy tree also has good DPS talents, such as Consecration, Exorcism and Holy Shock.

Here's an example pic of a paladin fighting a pair of undead skeletons with the retribution aura (again, this could be some sort of WoW euphemism; I have no idea), 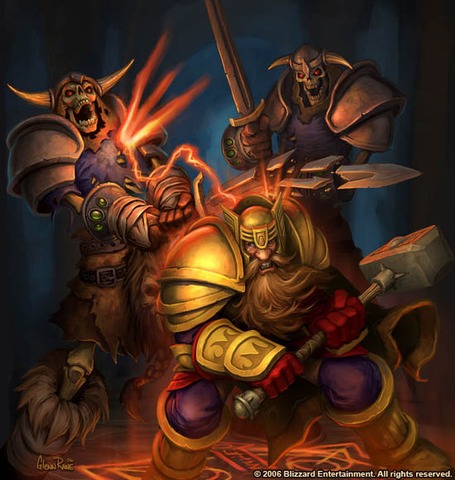 And here's the closeup of Andrei's tat once again, 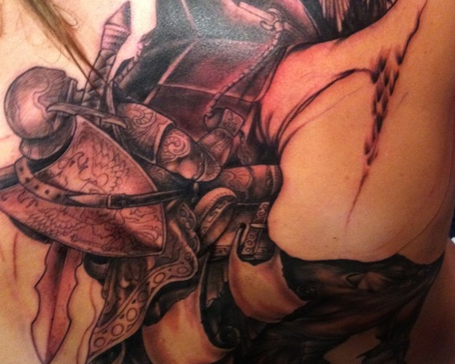 Overall, for someone that has never had a tattoo in his life, going all out like this is pretty hardcore. Another note, is that the Sword of 1000 Truths that he's carrying?