Will It Be Brandon Knight Or Enes Kanter For The Utah Jazz? - The Downbeat - #516

Share All sharing options for: Will It Be Brandon Knight Or Enes Kanter For The Utah Jazz? - The Downbeat - #516

Do the Jazz go big or small with the #3 pick?  Your guess is as good as any of the experts out there.  If the Jazz do hand on to the third pick, it does appear to be down to Enes Kanter and Brandon Knight.  Sam Amick's latest and last mock draft has the Jazz taking Kanter,

The Jazz remain somewhat of a mystery, with sources saying it has come down to Kentucky point guard Brandon Knight or the Wildcats teammate he never played with in Kanter. But I'm told that general manager Kevin O' Connor sees Kanter as the third-best player in the draft (behind Irving and Williams) and is seriously considering going big here despite the fact that he badly wants a replacement for veteran point guard Devin Harris.

Utah is deciding among four players at No. 3 with two of them likely not within its reach. If Irving and Williams are indeed gone by the time they come on the clock, the Jazz are leaning toward Kanter over Brandon Knight of Kentucky, but that remains a fluid discussion for management.

What's interesting to note from Katz's article is that Kemba Walker could be sliding.  If the Jazz were to take Kanter, Toronto would likely snap up Knight.  The next team that would go after a PG would be Sacramento.  They could go with Walker, Jimmer, or Kawhi Leonard.  If they pass on both PGs and take Leonard, that could leave two PGs for the Jazz at #12.  That would be some drama.  Who would the Jazz take?  I would love to see who's on their board.

And as was discussed on the DB yesterday, Minny has contacted everyone and their mom about the second pick.  Chad Ford was on the BS report yesterday and stated that they had contacted the Jazz about trading the #2 pick for Utah's #3 and #12 but were turned down.  There are a lot of good role players and contributors that the Jazz will need to fill out their roster and they should be able to get a good one at #12.  I'm not sure how big of a drop-off the Jazz believe there is between Derrick Williams and Kanter, but obviously not enough to think that the #12 pick was worth it.

I'm still hoping for some Kahn goodness but I don't believe we'll get that lucky.

While the NBA and NBAPA remain far apart, there was some movement yesterday in their four-hour talks.  The owners have moved off of their hard cap of $45M and have proposed a NHL-style flex cap of $62M.  From the NY Times,

For the first time Tuesday, Stern provided slightly more detail about the proposed hard salary cap, which he referred to as a "flex cap" similar to the N.H.L.'s.

Under the flex cap system, each team would have a "target" payroll of $62 million, which could be exceeded using cap exceptions until the team hits a hard ceiling, which Stern said had not been determined. Teams would also have a minimum payroll, which also has not been set.

Players are arguing though that it's still in effect a hard cap because there's still a limit unlike the current soft cap which imposes a luxury tax over a certain amount.  The Boston Globe has more details,

Owners and players met for four hours today and the league offered more details about their proposal, which would set a $62 million salary limit for all teams that could be exceeded by teams re-signing their own players to contracts (Larry Bird Rule) and mid-level exception contracts. However, this proposal is dramatically different than the current plan that sets a $58.044 million salary cap and levies a dollar-for-dollar luxury tax at teams that exceed $70.3 million, which the Celtics have done the past several seasons.

While things are moving at a snail-like pace, it's still movement.  It's not going to be enough to make the June 30 deadline but it does instill a bit of confidence that something might get done before the season.

Great work as always by Memoismoney on this Paul Millsap season highlight video,

We know that Stockton to Malone Honda is now just Stockton #12 Honda.  I was driving by Karl Malone Toyota yesterday though and there's a big banner hanging on the side of the building saying that they were no longer affiliated with the Larry H Miller group.  All of this seemed to happen after Malone's interviews after Sloan retired.  Does anyone know if there's any correlation?  Was it just a business decision or did Malone's words lead to a conflict?

There's probably nothing to it, I just wonder if it would impact his standing with the team and possible future positions with the Jazz be it as a coach or in front office as he mentioned.

If you have any details, I'd love to hear them.

Oh, and if you have the Special Delivery poster of the Mailman, they're now considered art. 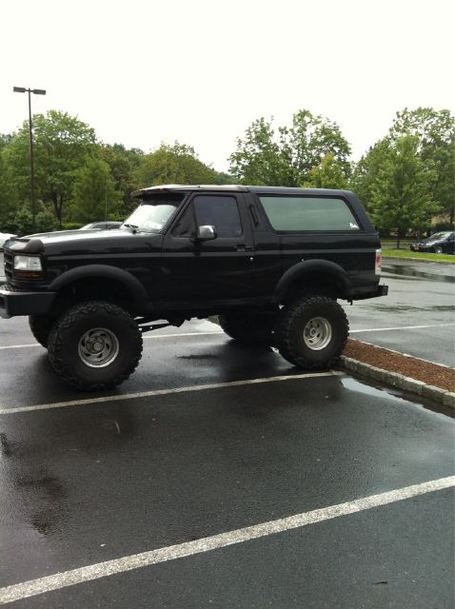 It just needs some whtupdo license plates and it's the perfect hunting vehicle.