Okay, so this is the last that I'll mention DWill's move to Turkey next season and definitely the last time I'll lead off the DB with it. In an interview with Chris Brousard over the weekend, he shot down the notion that he's doing it for money and in a way that it's a ploy for the NBAPA,

It's more about the experience. Experience and being able to compete and play basketball. I don't want to sit around. That's what the NBA wants us to do right now. They locked us out of our gyms, they locked us out of facilities. We got to go find somewhere on our own to go hoop, to put games together. I don't have to do that. I've got a team. I'm going to go through organized practices. I'm going to be in game situations. So if the lockout is lifted, I'm going to be ready to play.

As I tweeted over the weekend, the fact that he's going to be taking his family with is kind of surprising. On one hand, I know he doesn't want to be away from them after what happened in the weeks following the trade. Yet on the other hand his family has been through a whirlwind the past few months and will be whisked away once again into a completely new world.

What's impressive is that he's turning the lockout into a positive experience rather than one that could rob him of a year's worth of pay and play. He continues,

There is no other time in my career that I'll be able to go live and play in another city, experience a different lifestyle, see new things. I'm looking forward to it.

He also states that others will join him and could land overseas permanently. His words were eerily similar to the NBA Player X from the ESPN the Magazine series (Insider)where he (NBA Player X) talks about playing abroad,

I'm a big-name veteran, so my situation is a little different from Chris' [Wilcox]. But if there's a lockout, I'm going overseas. A lot of guys are telling me they'll do the same. I've even heard a few top-10 stars, including Kobe and LeBron, are open to the idea. Whether or not those guys go, I predict that at least 15 percent of the NBA will be playing somewhere else if we call off the season. And some of them will stay there.

I don't think Deron is NBA Player X (I think it's Gilbert Arenas personally), but it shows that multiple big-name players are thinking about it. I don't think there will be a mass defection, but don't be shocked if more names make headlines.

For as much as the Jazz value hard work and character, I don't see how they can trade Millsap unless they're completely bowled over by an offer from another team. While he doesn't have the skill or the size of the Mailman, his work ethic is right there. The lockout isn't affecting his off-season,

"I work six days a week doing strength training, basketball work, some cardio stuff," he said. "I just try to stay in the best shape possible. Going six days a week, a lot of people look at me like I'm crazy, but that's just me. I'm always trying to get better and trying to improve myself."

Hopefully the team will find a way to get Millsap the minutes he deserves yet can develop Derrick Favors and Enes Kanter. Favors could play at the five in certain spots with Millsap at the four. With certain match-ups, Millsap could get minutes at the three.

Your lockout articles of the day:

NBA lockout: It's unlikely this season will be terminated - latimes.com
There are plenty of doomsday scenarios, but sides are probably closer to an agreement than is generally reported. It's all about "operating income" vs. "paper losses.'

Why decertification remains an option, but is not preferred - NYTimes.com
Facing no such artificial deadlines, the National Basketball Players Association put off any decision on decertifying when the N.B.A. lockout began July 1. Billy Hunter, the union’s executive director, said negotiating remained the first priority. But the path the N.F.L. Players Association chose — decertification, coupled with an antitrust lawsuit — remains a weapon in the basketball players’ arsenal should negotiations fail. "It’s not off the table in any way," said Jeffrey Kessler, the outside counsel for the N.B.P.A. "There’s no immediate urgency to that issue. It’s an option the players are actively considering. But they have time to decide whether it makes sense to end the union or not."

It's time for Gordon Hayward to embrace his destiny and become a spokesman for Olive Garden. When your father is tweeting out stuff like this, it's time to go full OGTime.

My unemployed son has had to take a part time job: http://t.co/Jlgnr9v 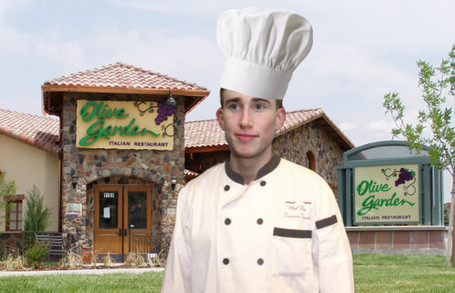