Share All sharing options for: Jerry Sloan Is Dumpster Diving - The Downbeat - #556

It didn't matter for me. I was a lottery pick. A lot of people can't say that," he says. "I made the best decision for my future. I knew that before I left school. If I didn't know that, I wasn't going to leave school.

He's been working out with Gordon Hayward and playing in the Indy Pro-am.  What we've missed already is the development of the rookies in summer league.  If things do get going again in time for this season, it's going to be a frenzied startup meaning shortened training camps, pre-season games, etc.  We're near David Stern's Labor Day cutoff date with not even a smidgen of movement on either side.

That means we likely won't see any meaningful contributions from either Enes Kanter or Burks this season.  This will be a significant setback for the team as it tries to turn itself back into a playoff contender.

Will someone please get Jerry Sloan a job or something to do in retirement?  He's resorting to dumpster diving.  From the Tribune,

Sandee Brewer was walking her dog along the Jordan River Parkway recently when she suddenly had one of those "I-can't-believe-I-just-did-that" moments. As she went to throw some trash into a large dumpster, she inadvertently tossed in her car keys as well. She couldn't quite reach inside, and was unable to tip the large canister. So guess who came to the rescue? Jerry Sloan.

The former Utah Jazz coach, who appeared to have been jogging on the trail, answered her call for help. He retrieved a windshield wiper with a long handle from his truck, lifted himself up to see inside the dumpster and fished the keys out of the trash.

via moni.  As usual, Fes steals the show

Ah, those were happier times, January 4 to be exact.  Also, who let a camera in to practice? 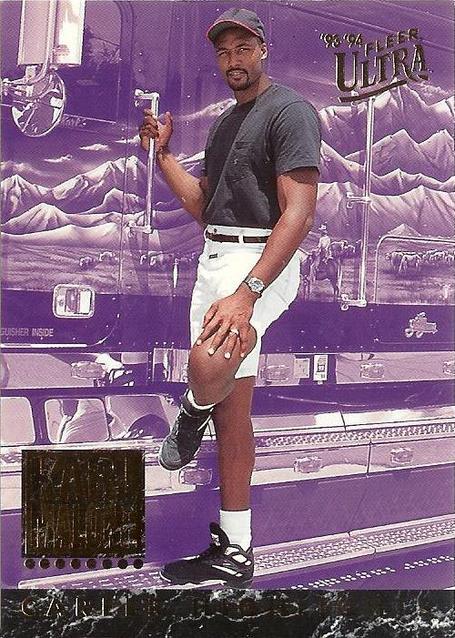 Utah Jazz guard John Stockton had 15,806 assists in his career. All of them came for the Jazz, which meant that their fans had the pleasure of seeing this true team player's entire body of helpful work.

Jason Kidd, who was a member of the 2011 World Champion Dallas Mavericks team, ranks second with 4,228 less assists than the Gonzaga University graduate.

I wrote about this a couple of years ago.  Kidd is the closest right now but would have to play 5-6 more seasons to get a shot at it.  That doesn't seem likely.  Chris Paul probably has the best chance to do so looking at the numbers but I don't think he'll have the longevity that Stockton did.

The other record that Stockton holds is the all-time steals record.  He's the only player in NBA history with over 3,000 steals at 3,265.  Michael Jordan is a distant second with 2,514.  Again, Paul is again a candidate to come close to that record with his current steal average.  However, Stockton alone has four seasons of total steals that are better than Paul's best.

Simply put, neither record is likely going to be broken anytime soon.