Share All sharing options for: The NBAPA Has No Hand - The Downbeat - #560

Should the players bite the bullet at cave to the owners? Sam Amick makes his case,

There's nary a sign of the owners backing down. Not now. Not ever. Their lack of urgency is rooted in the unofficial and universal agreement that it's worth losing an entire season if there isn't serious progress forged by the players. And while the players' desire to fight back is certainly understandable, the truth is that this slope will only get more slippery if there isn't resolution in the next month.

The owners' offers will get worse because they will begin to account for the losses that come with losing games, all while players -- whose average career length was reported as 4.82 seasons during the last lockout, in 1999 -- will see an entire season's pay go to waste. As one agent said for the umpteenth time last week, "Billionaires beat millionaires every time."

If I can use a Seinfeld reference, the players have no hand. "We all want the hand. Hand is tough to get." In this case it will be near impossible for the players to achieve any leverage. Those that have gone to play overseas have been role players that really do need the money. You also have Deron Williams of course but he seems to be doing his own thing.

Ross Siler has advocated this in the past, and did so again yesterday, but believes that the stars in the NBA could form their own league,

There are obvious obstacles, but players should commit to starting an eight-team, major-market league in 2012-13 if no solution this year.

Imagine the draw of a league with four or five marquee players on each team, not just one or two. Now put those teams in the biggest markets

What makes the Utah Jazz come back to negotiations - and very quickly - is the possibility of having a $350 million asset become a $0 asset.

A 10-team league would only provide 120-150 jobs, but if the goal is to coerce owners back to negotiations, 400 jobs could be saved.

That would suck for a lot of fans of course. Twenty-two cities would lose teams. It would also have a devastating impact on the local economies. Everyone that's currently impacted by the lockout would be affected permanently.

One of the major hurdles I could see with getting it off the ground is getting the cooperation of sponsors and venues that already have ties to the owners. Amick pointed out in his article that one of the reasons ESPN or other major networks didn't carry the Drew League vs. Goodman League game last weekend was because they didn't want to tick off the owners. I think there would be a lot of pressure on local businesses and governments not to help the players.

So is there anything that could give the players hand? I don't see it though there are much smarter and experienced men than I involved in these proceedings. Does that mean the players should just wave the white flag? Not right now. But in the end, they may not have a choice.

We could end up having some basketball to watch though if leagues like this keep popping up. From HoopsWorld,

Impact Basketball, one of the premier basketball training sites in the world, will launch their own league in September. Unlike this summer's popular pro-am leagues that featured a few NBA players on each roster, the teams competing in Impact's league will be made up solely of professionals. Nearly 70 NBA players will compete in the league and plenty of stars will participate.

There are quite a few big names in there with Garnett, Rondo, Ellis, and Tyreke being a few. Alec Burks' is also a possibility. And news came out yesterday that Jimmer will be hosting a couple of exhibition games here in the SLC

The Dodge Barrage is set for this Saturday at 8 a.m. I'm going to try to broadcast a few of the matches live. I'll definitely get video and pics and post it this time. It's down at the Factory in Lehi this time around. If you're not playing, you can still come watch for $10. In case you didn't see on twitter or Google+, here's our logo and team name this year 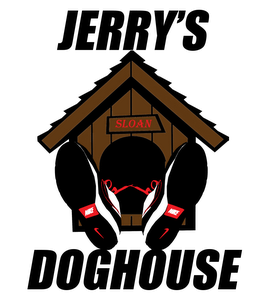 Each of us will sport the number and name of a player that's been in the dog house. Ostertag, Giricek, rookie DWill, rookie CJ, etc. will all be featured.