The Only Winning Move Is Not To Lockout - The Downbeat - #579

Share All sharing options for: The Only Winning Move Is Not To Lockout - The Downbeat - #579

There has been talk before about what would happen with the 2012 draft should the lockout wipe out the season. The ideas range from re-drafting according to the 2011 order to doing what the NHL did and drafting according to average records over the past five years for a franchise.

Chad Ford touches on those ideas and more in his latest column (Insider). But he also brings up an interesting thought,

As of right now, the league does not have a 2012 NBA draft contingency plan in place should the NBA season be canceled.

To make matters even more complicated, any change in the date, current draft system or order would have to be negotiated with the union. We all know how well that's going. One league source said that if things progress to the point that the season is canceled, there's a chance the draft could be lost, too.

Why would the NBA have to cancel the draft?

Currently the league has very strict protocols in place banning NBA personnel from talking to or interacting with players. That protocol affects the draft as well. While NBA scouts and personnel always have been banned from speaking with college players until they officially enter the draft, the league has taken more stringent measures to prevent contact. As long as the lockout is in force, NBA scouts are banned from attending college practices this year -- they can only go to games. And it could get worse.

That would put a serious damper on those players that returned to college instead of declaring for the 2011 draft. If the 2011 draft were cancelled, would we see even more players try to go overseas? Would players stay and, gulp, finish degrees?

I personally don't think they would end up cancelling the draft. If the owners and players come together on a new deal, they'll work the draft out as well. If for some reason the draft was cancelled, one of the next questions would be what happens to those draft picks that were used for acquiring players? The Jazz have one more coming next year from the Deron Williams trade. Would that pick be pushed to 2013? If so, then what ripple effect does that cause from drafts here on out?

Do you know what the best solution would be though? Don't lose the season.

Sebastian Priuti breaks down the strengths and weaknesses of Alec Burks

I mentioned it briefly earlier, but Burks is a very good rebounder for his size and for his position. Last season with Colorado, Burks grabbed 8.3 rebounds per 40 minutes (according to Draft Express), putting him second among all college wings:

Where Burks really excels is when the ball is in the air. Burks has the ability to read the ball in the air, see where it is going to come off of the rim, and get in position to grab the rebound. If the ball does come off of the rim out of his area, Burks has a tremendous will to seek the ball out and go get it. When you are as good as Burks in transition, being able to grab rebounds yourself and go before the defense gets set is huge.

This image from Operation Sports shows the controls for NBA 2K12 for the XBOX, 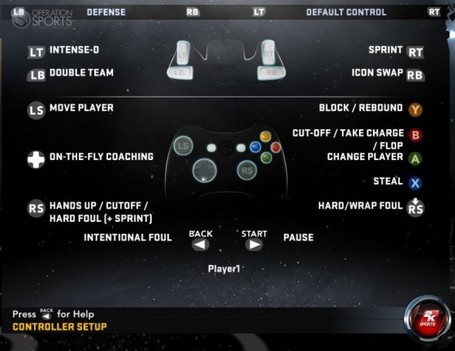 I hope Raja Bell has enough money during the lockout to replace his controller when the B button wears out every week.

The demo is out today.

The first domino should be falling soon

@HowardBeckNYT
HowardBeckNYTPostponement of training camps should come soon. It's a foregone conclusion. No way to get a deal done and sign players by Oct. 2.

"I promise I will give my best here as long as I will stay. I was really missing basketball and I am very hungry to play. I am very excited to be here and happy that also my former teammate at Jazz, Deron Williams, is going to play in Turkey."

It's going to be a bit awkward for these teams signing NBA players to let them return so soon should the lockout be resolved. I'll bet you Deron is wishing he would have waited to sign his contract until he was in Turkey so that he could have had his photo taken with a throng of young Beziktas fans. We really need to start doing this in the NBA for signings. 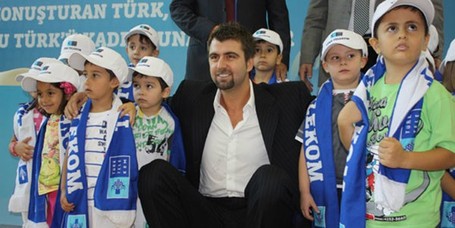