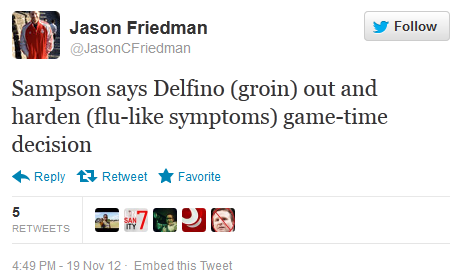 So Delfino is out, and Harden is a game time decision for REALSIES.

There are so many question marks, and all the usual people haven't tweeted any updated news so I'm going to call this a push. Clearly if Harden doesn't play that makes life easier for us; however, that doesn't mean we are going to have an easy night.