No Eric Gordon, no Anthony Davis . . . no problem?

The Jazz start their month ending 3 games in 4 nights road trip tonight, facing off against the New Orleans Hornets. This is the second time this month that the Jazz are starting a 3 games in 4 nights road trip off with a game in New Orleans -- the last time where we over looked the Hornets and went on to lose to the San Antonio Spurs and then Memphis Grizzlies. Tonight it's in New Orleans, and then off to play the Oklahoma City Thunder than Houston Rockets. Seems like we could be in for a similar showing this time around because they'll be without Eric Gordon and Anthony Davis. So it's prime time to over look them.

I hope we don't, and I hope we come out ready to play. The Hornets had a surprising victory on Monday on the road against the Los Angeles Clippers to break a 7 game losing streak. They only have four wins this season, but they've come against the Charlotte Bobcats, Chicago Bulls, Clippers, and our Jazz. It's going to be a fun game, especially since . . . 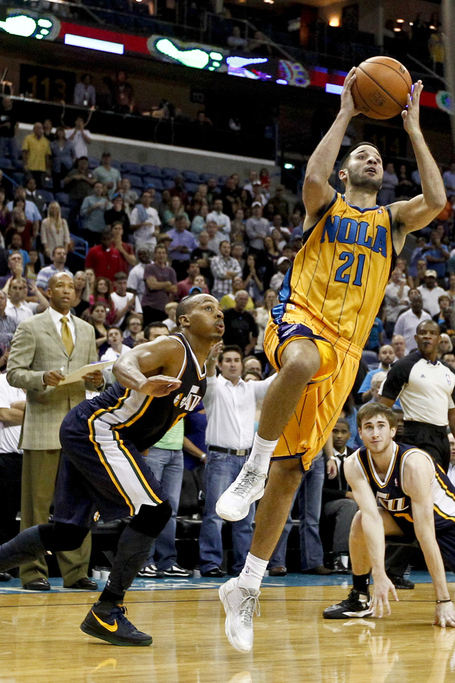 via US Presswire, but not the former boudoir photoshoot dude, cdn0.sbnation.com 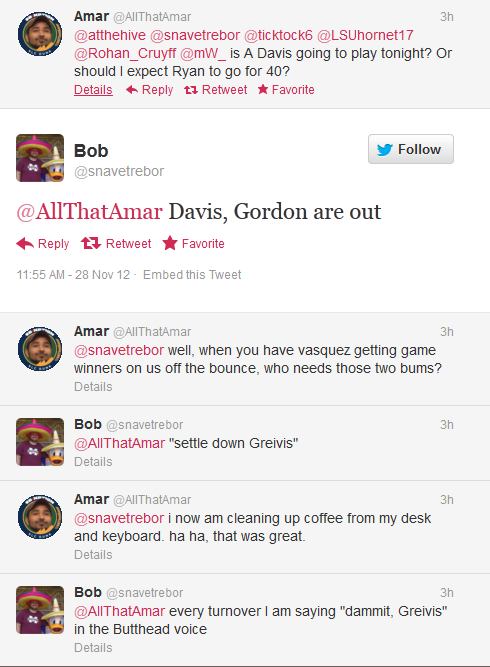 It's nice to know that fans of other teams also make fun of their players.

Offensive rebounding tonight. The Hornets aren't a great rebounding team, but they have some big bodies. And they killed us last game with a) being big, and b) boxing our dudes out. They got the offensive boards while keeping us off the glass. For the season the Hornets are 24th out of 30 in getting offensive rebounds, while they are 12th best at keeping teams off the glass. We're the #2 team in the league in getting offensive rebounds, while we're 26th out of 30 in keeping other teams from getting their shot back.

We give and get. They don't get, but don't give.

Robin Lopez, Al-Farouq Aminu, and even their guards help out with this. A big part of our offense is on second chance points, and it seems like they are capable of disrupting that. If we win that, that could be a key x-factor.

It would really suck if Greivis Vasquez gets another game winner against us . . .

Jazz lose. Why? Because whenever I say they will lose they win . . . so the Jazz lose this one!