No more election talk to worry about. Just hoops galore.

Share All sharing options for: The Downbeat #882 - Relax, Its Over

The first real Power Rankings are coming out, and as you can imagine, its not pretty for the Jazz. Here's a quick rundown:

NBA.com- John Schuhmann was a little kinder. He has the Jazz at 16, down from 12.

ESPN.com- No daily rankings from John Hollinger yet, but Marc Stein has the Jazz at a very optimistic 13, down just 3.

If we take the average of these, the Jazz fall at 21 or 22. Is that an accurate estimate of where this team is now?

Tonight the Jazz get one of their rare home games for the month of November. The beloved Lakers roll into town, bringing with them what is sure to be an army of "fans" dying to get a glimpse of their super team. Please, for the love of all that is holy, don't sell your tickets to Lakers fans, and do everything you can to get your butt in your seat if you have tickets.

Nothing drives me crazy like hearing Larry H. Miller Court booming with the shrill jubilation of Lakers fans. And even worse when a simple free throw make by Kobe is met with pure ecstasy and at a volume greater than the loudest outbursts Jazz fans can muster.

In short, I hate the Lakers.

Following this narrative, there was a "source" in the NBA that said that Jerry Sloan would be coaching the Lake Show before the New Year. This, as expected, was met with a bevy of mixed emotions from Jazz fans, ranging from "I would be okay. They would help Jerry get a ring" to "Jerry would never do that to Jazz fans".

What do you think, Dunkers? How would you react, and why?

As some of you know, I sell suits for a living. I work for a growing menswear company based out of SLC, and love what I do. I have many clients that are in the Jazz organization, so its an amazing way for me to be involved with the players, coaches, and personalities that I love and help the Jazz show as one of the best dressed teams in the league. How one presents themselves is something that I believe strongly in, and there are studies to prove why it matters. Having said that, here is some of the best/ worst of the Jazz.

We'll start with the best:

Earl Watson- Earl does a great job with his kits. He is stylish, if not a bit too trendy for my taste, but his fit is spot on. The second jacket is unique in that it features goat ear lapels. Pretty rare. 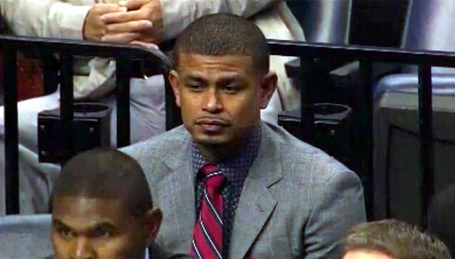 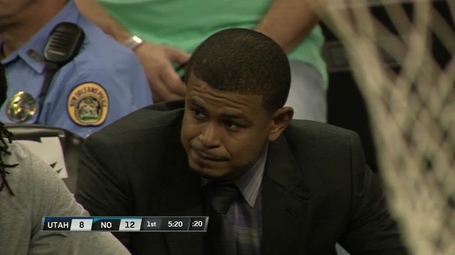 Coach Sanders- *Bias alert*. He looked great in his tan Prince of Wales suit. A bit of collar gap in this picture, but its because of the gesture he's making with his arms. Good coordination with the light blue striped tie. 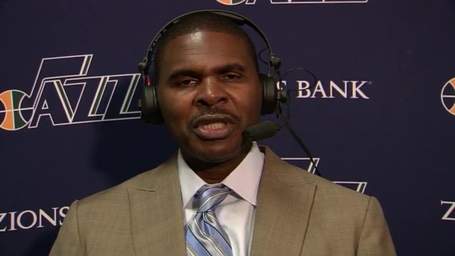 Matt Harpring- Sorry, Matty. You're a good looking guy and you can do better than these. It seems Matt is wearing the suits he had during his playing days, when he was at least 30lbs heavier. Its time to update, because they are too big even for tailoring.

Steve Brown- Brownie is in the same boat. His suits are the same he wore when he was quite a bit heavier, and it shows.

Both are pictured below: 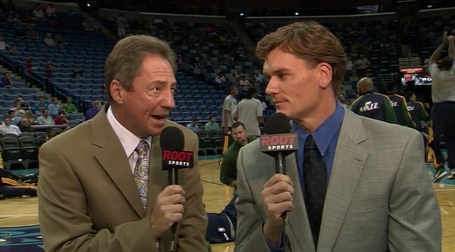