Jazz don't play on a Monday, there's a good point guard at Syracuse, and BORKO.

Share All sharing options for: The Downbeat: WHERE'S BORKO Edition #910

Jay Bilas and Chad Ford talked about the best point guard prospects in the country this year. It is an interesting read. The point guard class of 2013 is not Damian Lillard that deep. But they do have some interesting analysis on a guy from Syracuse named Carter-Williams:

Carter-Williams not only leads the NCAA in assists, but his assist ratio (the percentage of a player's possessions that end in an assist) is an incredible 39.4. In other words, nearly 40 percent of his possessions end in an assist. He's a hawk on the defensive end as well, averaging 3.8 steals per game (third in the NCAA). He can be a gifted scorer and his size (6-foot-6, 185 pounds) for the position is outstanding.
Carter-Williams has Kendall Marshall-type floor vision with more size, more athleticism and more offense. Given that Marshall was a lottery pick in a stronger draft last year, that bodes really well for Carter-Williams' chances in the 2013 NBA draft. Currently, we have Carter-Williams ranked as the top point guard prospect on our Big Board and have him ranked overall as a top-10 pick. If he ever finds his shooting stroke, he could end up in the top five on draft night.

You can read the rest of the article here. You'll need ESPN insider to read it.

Jamaal Tinsley looks to have the backup PG position on lockdown. Tyrone Corbin has said, as referenced by Salt Lake Tribune's own Bill Oram, that he'll go with the guy who'll put us in the best position to win. During the last two games the Jazz have been stellar with Tinsley running the point. In fact, in his last two games he has posted an offensive rating of 139 points per 100 possessions at LAL and 103 vs TOR. What does that mean? It means when he's on the floor the offense runs like Jamaal did in his twenties.

When the Jazz did play the Lakers I heard the Lakers broadcast team the entire game (Thanks for nothing league pass). One of the things I heard them talking about was Pau Gasol and his injury. Then I heard them talking about him actually coming off the bench when he returned from injury. That was a head scratcher, but now I see why our big man rotation argument looks from the outside. Why would the Jazz move Millsap or Al Jefferson for Favors or Kanter? It really doesn't make any sense at this juncture. Especially since the Jazz are allowing the younger bigs to go up against 2nd team talent in order to allow them to improve their offensive skills against lesser competition and have a great chance of success. For me, it seemed like an "A-HA" moment with our big man situation. As far as what the Jazz do next year with that position there's a wide variety of ways it could go. But for now I have to say I'm actually pleased with how Tyrone Corbin is handling that position. Now if only we can find a way to free Burks.

Speaking of Burks, Moni, has been doing some amazing stuff with Burks. Including this new segment that she calls "Where's Borko?" 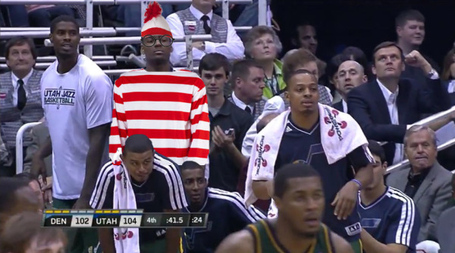 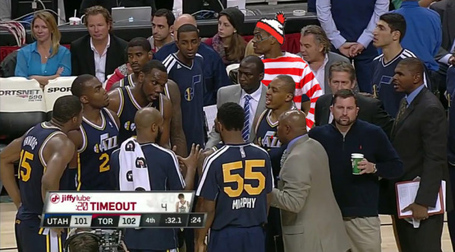 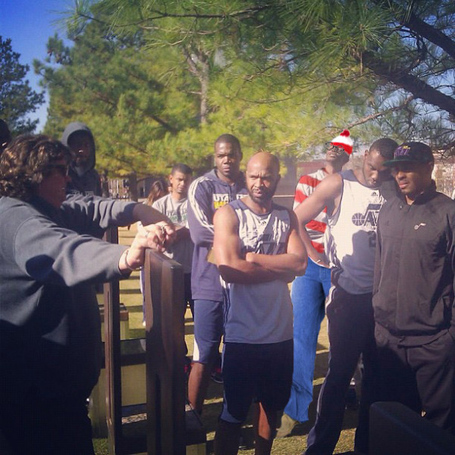 It appears that our reach is much beyond what we ever anticipated. Alexo Borko (Whatever he's called) showed up postgame against Toronto in full on Borko (no photoshop needed) attire: 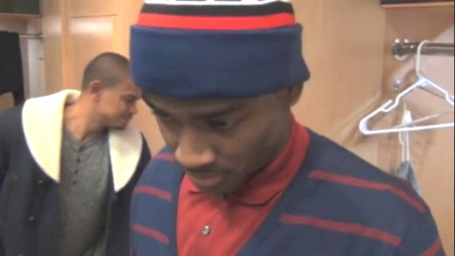 Kudos to @monilogue for the great eye at spotting this outfit.