Deron Williams faces off against the club that drafted him, made him a star, then traded him

Deron Williams is still looking for his first win against his old club, right? Against the Jazz he averages 16.5 ppg and 8.0 apg, but is shooting 27.8 fg% and 18.2 3pt% on his way to those numbers. He HUNGERS for revenge. Also, well, the Nets are a playoff team in the East and we're an aspiring playoff team in the West. And the whole Derrick Favors revenge game too, I guess. STILL THO!

All time the Jazz are 49 and 27 against the Nets, with an astounding (for us) 19-19 road record against the team that used to have Dr. J. The Jazz have handled New Jersey but Brooklyn is a different animal. Last year the Jazz swept the Nets. Tonight, in front of Beyonce (I presume) things are going to be much harder. #UDQM 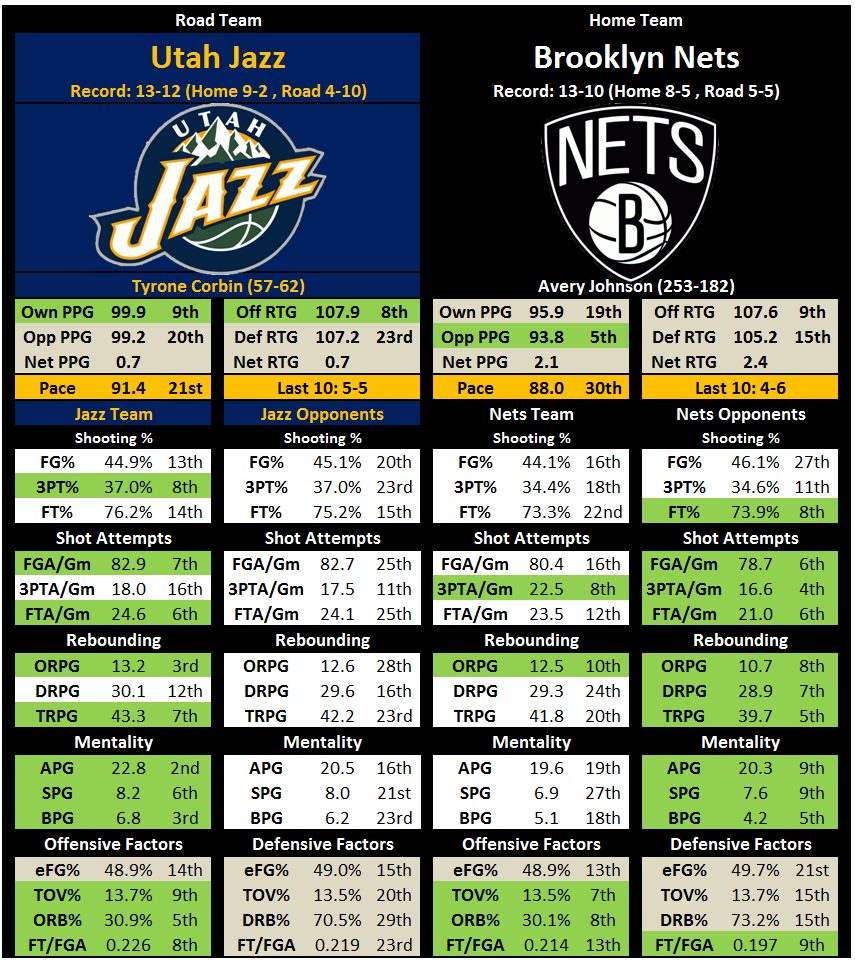 The Nets are a good defensive club that has a few starts on their team. We're an okay offensive club with no overt stars. So, clearly, things are going to work out in our favor. The Nets plays the slowest ball in the land, and that contributes greatly to their perceived defensive prowess as other teams just don't get enough chances to shoot against them. Also the Nets seem to really chase people off the three point line, as they are 11th best in defending the long ball. We're 23rd by the same metric. And on offense, we're 8th best in making our threes. But we saw precisely what happens when we do not.

Our team seems to struggle. The Jazz live at the line, and the nets are pretty good at not fouling. So this will be a big deal, especially since we are on the road.

We seem to play a better team game, but we're on the road against a team filled with stars. It's going to be hard tonight.

Jazz, I guess? Like Stackhouse would still score 15 points on us.

Blah. This is the first game in a four game road trip for us, with a game tomorrow night, then another back to back set after two days rest. If we're focused, we need to show it by getting a win tonight.

Mo Williams. He will deliver us from Deron Williams by . . . shooting a lot, I guess. The best defense is a good offense.

I have nothing else to say except visit this parody account: 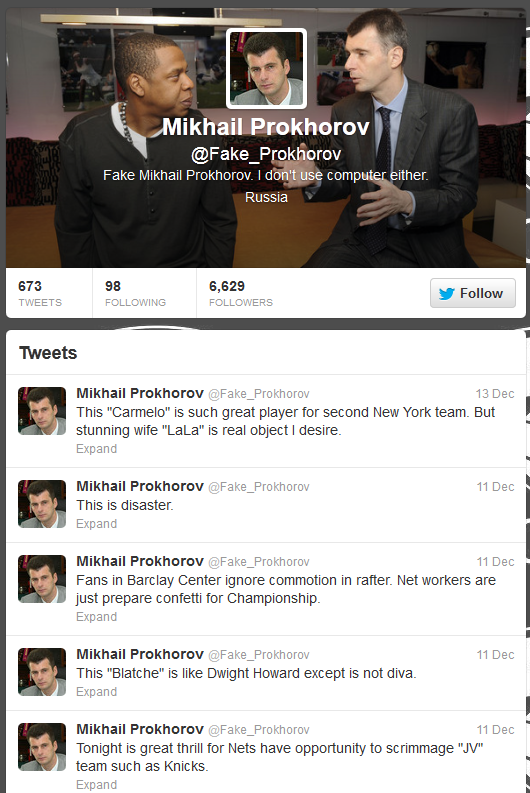 What if we never got rid of Dee Brown? Would that have changed things at all? Then we never would have gotten Ronnie Price. But we would have had a 3rd PG who could make threes and pass . . . we need some butterfly effect specialists up in this.

Jazz lose, why? Because whenever I predict a loss we win -- and baby we need a win badly.