Utah Jazz Roster: Even rebuilding teams are on the clock . . .

Share All sharing options for: Utah Jazz Roster: Even rebuilding teams are on the clock . . .

When you think of teams that hear the clock ticking you usually think of contenders filled with aging vets, like the Boston Celtics or Los Angeles Lakers. Guys like Kevin Garnett, Paul Pierce, Kobe Bryant and Steve Nash know that their playing days are all going to be over sooner rather than later. But the clock is also ticking for rebuilding teams too, just at a completely different end of the success spectrum.

Particularly, rebuilding teams need to be on the right track within a few seasons, or else be mired in perpetual stagnancy. This is doubly so for teams that worked hard enough to get lottery picks -- those rookie contracts do eventually end, and they can be on their way out if you don't do enough to make them want to stay.

The third aspect of this -- beyond being a contender and beyond having rotation players on rookie contracts -- is that some of the players you have on your team may not be going to be playing this well forever. Guys do get older, and they often don't maintain their peak performance into their golden years.

In some cases they get much, much worse. 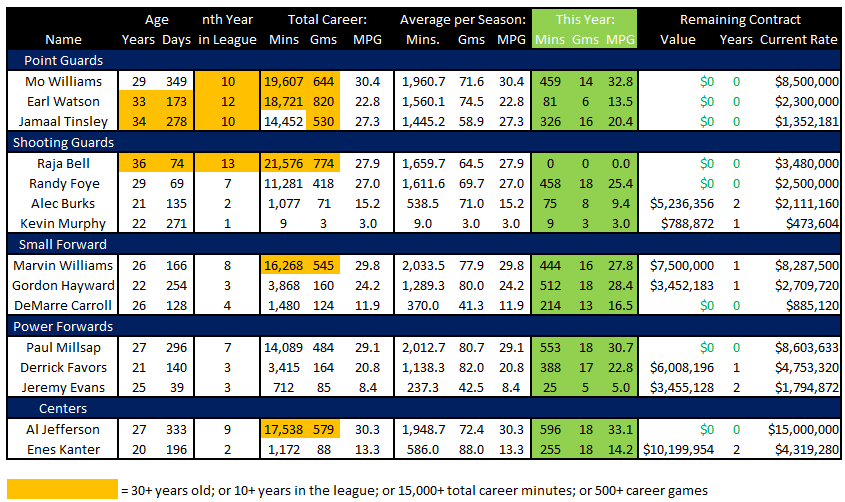 A few things pop out:

The clock is ticking for us, and we aren't even close to a championship right now.