It's a great time for evaluation and reevaluation, at your local Jazz blog.

Share All sharing options for: The I Hate the Formatting of these articles edition - The Downbeat #903

The Jazz have a home game tonight against the Los Angeles Clippers. The Clippers have been pretty up and down this year, with a fast start followed by some unexplainable losses. There is no doubt they have the talent and the offense to give our defense some problems, but at this point we should expect wins at home every game. We are one of 3 teams in the NBA to be undefeated at home and tonight we will try to keep that streak going. 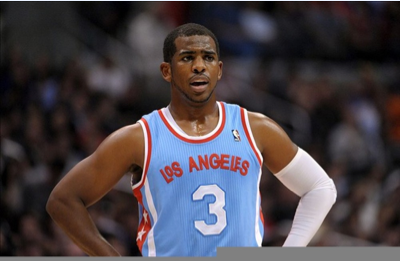 The drive for 41-0 is still alive. Did you know that no NBA team has ever had an undefeated home record? The 1985-86 Boston Celtics went 40-1 and the 1995-96 Chicago Bulls team that went 72-10 won 39 games at home, dropping two of their last home games. So this still has the potential to be an unbelievable season if we can win every home game.

As a fan base there has been a lot of talk the last 18 months or so about following the OKC model. First of all, I think there is a wide range of what that model entails, even amongst Jazz fans who wish to emulate it. To me the OKC model means acquiring top 10 draft picks, giving those draft picks playing time and the ball in their hands, and keeping team salary very low in order to acquire bad contracts and picks, etc. I will admit I was one of those who thinks the Jazz should have done this, but that was literally more than a year ago. The time has probably already passed to follwo that game plan, although the Jazz could follow their own version of the plan by moving forward with Hayward, Burks, Kanter and Favors and complementary players next season. But we all know that isn't going to happen.

I've also seen comments on the internet lately of the Jazz following a Memphis model by, essentially pairing Al Jefferson and Derrick Favors with good but not great players around them that know their roles and sort of improve as a team season by season, from the 10th seed to the 8th next, then the 5th seed and so on (the Grizzlies are currently 1st in the West). I believe this is the general plan of the front office. It's a low risk move, ensuring that you always compete for the playoffs, while hoping to have the team click one season in a championship way, like the Grizzlies are hoping they do this year. My concern is that the 8th seeded Memphis team of two years ago was much better than last year's Jazz team, and also, while similar offensively, Zach Randolph is a much better individual and team defender than Al Jefferson. There's also the real possibility that Memphis will hit some financial difficulties after this season. However, the Jazz seem to be following, loosely, this game plan.

So what team should we emulate en route to a championship? Probably the Utah Jazz way, by which I mean, some other plan suited for our best players. We know we are not getting a top 20 player in free agency. Right now, we are too good to ever garner our own top 10 pick. And right now, I think we can all agree that none of the four young guys I mentioned will be top 20 guys in the next 18 months.

But I think we can all agree that our best player moving forward is not a gifted offensive player, but a defensive one. It would be logical, at least to my small brain, that we try to build an elite defense around Derrick Favors and worry about the offense afterward. That is probably uncomfortable to Jazz fans, since the organization has done the exact opposite for the last 20 years, trying to be a top offensive team with a decent enough defense. Focusing on defense first, isn't the more pure way, or really any better, but, like I said, it fits better the natural abilities of our future best and most hopeful future figure in Favors.

So how bad was the Jazz's defensive effort Saturday night in Houston? Really bad. Which is forgivable considering the Jazz were missing their two best defensive players. I was a little off though.

But that one game moved us from 18th defensively to 23rd defensively in league-wide efficiency. The Jazz hold strong offensively at 9th in the league.

Let's talk about expectations for a minute. There is no doubt that the Jazz fan base is divided on the direction of the team and there are differences in satisfaction, opinion, and frustration level. But really what it comes down to, is expectations for this Jazz team. You all know the power of expectations and satisfaction because you have all been out to see a motion picture. But how you feel about this team really has to do with your expectations for this team. So what are your expectations? My expectations are for the team to win a championship. I think that is every Jazz fan's expectation, or should be. But after that we all differ. If you expect the Jazz to compete for the playoffs this year no matter who plays what minutes, you are probably pretty content. If you expect to compete for a top 6 seed, you are probably pretty content, but nervous. And if you expected that the Jazz would commit to Derrick Favors as the future star of the team, or that the team will give consistent playing time to Burks and Kanter, you are most definitely unsatisfied and upset. It isn't wrong to be unsatisfied or upset, or wrong to be content with where the team is. It's normal when your expectations are or are not met.

With all of that, it might be time to adjust your expectations. But I did want to discuss in the comments, what were and are your expectations for this Jazz team? Let's talk and reason with one another, remembering that expectations are subjective and one set isn't better or worse than any other set, just different.