I like the idea of calling Enes "Hollywood" as a nickname.

Well, I'm just going to assume Al Jefferson is going to start, and Pau Gasol will not. It could be flipped, or neither could play. That's just how games in December are. So . . . until someone corrects me (and someone will) . . . this is what I have:

Of course, I'll update this info when I get more info. But for now, I think the marquee matchup is Al Jefferson against Dwight Howard. I am not a fan of the Paul Millsap / Antawn Jamison undercard (Jamison is like a slippery eel!), Paul usually has problems with guys his size, but more athletic.

The point of attack has to be against their point guards. I'm assuming that Randy Foye will have his hands full with Kobe Bryant -- but still do good things on the court. Hey, he helped to shut down DeMar DeRozan last game (even having a block against him). I would theorize that Foye would want to do better than he did last time Kobe took it at him.

STILL, the game is more than just the starters. Both benches will be tested early and often. Hopefully our bench guys like Gordon Hayward, DeMarre Carroll, and the rest of the wrecking crew will come in with energy and change this game for the better. Out of all of our players, it seems like I'm getting more and more comfortable with the consistency of our bench guys over the consistency of our starters. That's the inverse of the usual situation, and worrisome.

All of that said, we know we can win in STAPLES. We did it last year, and once the year before too if I remember correctly.

I guess I show this twice because it takes a lot of work to input all of this info by hand for every game. 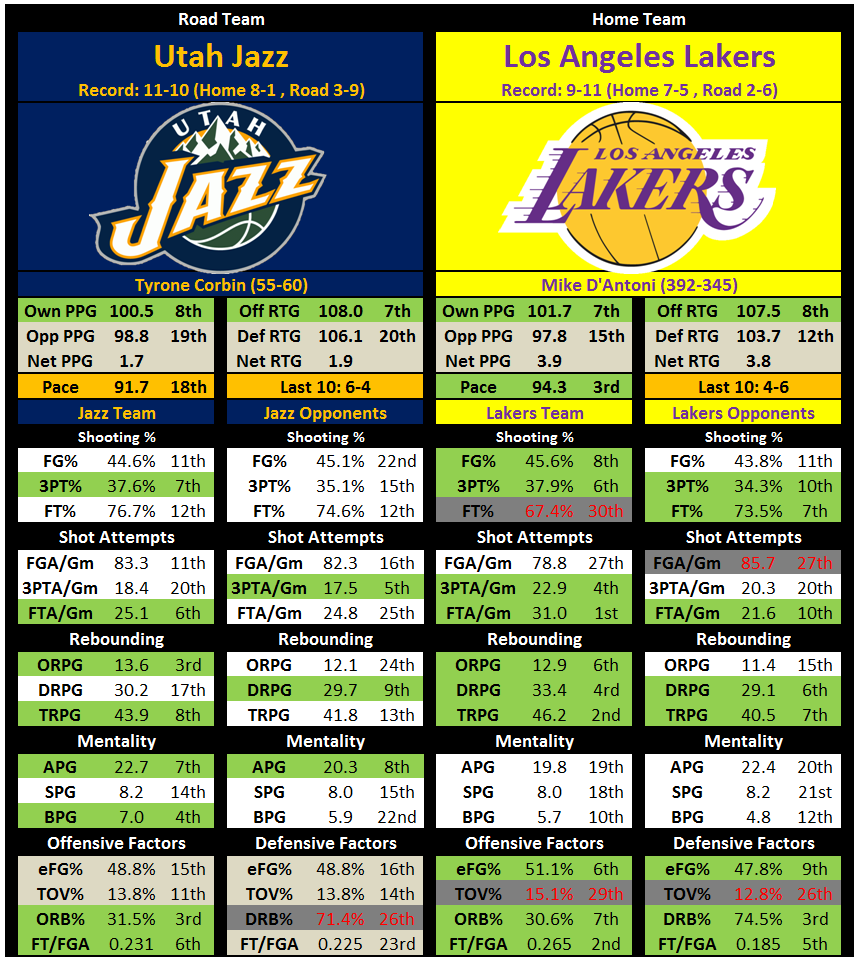 Both teams are good at the same things.

Who will win tonight?