Share All sharing options for: Adjusting the Trajectory Part 2: Where Perception meets Reality

Countless times this season we've been scolded by the powers that be for even mentioning rebuilding. We're not rebuilding. We're just not. It's one of the few things Utah Jazz General Manager Kevin O'Connor actually has comments about. 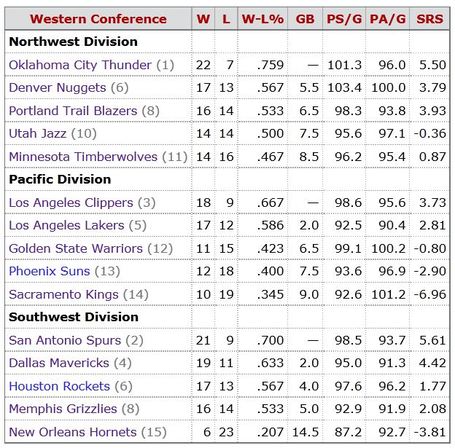 Well, if we're not rebuilding then we've living on a pretty faulty foundation. We sure as heck aren't contending right now. Contenders don't lose some of the games we've lost. I guess there's more to life than being in the playoffs and being in the lottery. One could suggest that specific, distinct, ecotones exist between those two poles. We want to be a serious contender that wins at least 8 playoff games in a single season, every season; with the chance of improving towards going to the NBA finals. That's what we want for our team -- doesn't matter if you are a casual fan, or a suit in the front office. We're all on the same page with what we want: success. There are a lot of ways to get that. How did we get there last time? I guess we rode the backs of two great players and one great coach. (All three of them got enough experience to work themselves into being great -- none of them were great right out of the gate, let's not forget)

You can't expect lightning to strike twice, but you can re-create the situations where it happened through honest observation, and application. But the main point was back then our team developed naturally and had a very natural growth cycle that started off pretty far down the totem poll of NBA power. And that core remained pretty much intact for seasons while players found their roles and the team grew together. And the team went through all the ecotones from a lottery team to a serious contender.

Sadly, the road to contention isn't a divided highway, traffic goes both ways -- and you could be heading in the wrong direction as well. The continual recitation of "we're not rebuilding! we're not rebuilding!" is a nice mantra to have, but it brings no greater enlightenment. If the Jazz maximize our players talent, and ride the veterans while exiling our youth to the bench we're still not going to make the playoffs this year. Really, we're not. And we will not. (If we do, feel free to throw this post back in my face -- I will eat crow. But it doesn't look like it's on the menu.) However, if the Jazz recognize that some of these guys aren't in our future plans, and stop playing THEM, while giving more opportunities for our younger guys to grow we will learn more about them. We will be better prepared to make smart decisions about them too. If Oklahoma City put their youth brigade on the Utah Jazz development plan they would still have question marks about Jeff Green, and he'd still be on their roster instead of Kendrick Perkins. Because they played him for a few years they were able to a) know if he fits, b) and bring his value up enough so that they could flip him for the "defense-first" starting center from a Championship team. (Could we flip Derrick Favors for Tyson Chandler? Nope.)

We aren't doing that. And we have a history of not doing anything like that either. C.J. Miles is the perfect example, he's been a question mark his entire career -- and finally starting to give results, in his 7th year in the league. That's a super return on our investment for a 2nd round pick. We already see how well the Jazz are handling C.J.'s eventual replacement (Alec Burks). Maybe that lottery pick can one day be worth a late 1st rounder if we keep this up? Or he could be worth a whole lot more -- all of our young guys can -- if they get the opportunities to get better. The only thing today's players develop while watching older, injury ravaged, veterans run up and down the court is resentment.

Let's not forget that the Jazz made room for John Stockton by parting ways with former All-Star Rickey Green. Let's not forget that the Jazz made room for Karl Malone by parting ways with former Rookie of the Year, All-Star, and current Hall of Famer Adrian Dantley. I'm not advocating a firesale here, though. I am advocating actually playing our younger guys. At this point some players ahead of them are just stealing minutes. Raja Bell is having a great season right now, but he's not going to be a big part of our team in two years. And if he is, then we're in trouble. The minutes he's getting improve and help him less than the 5-10 more minutes that Alec Burks could be playing. Minutes exist upon a moving scale. Five minutes to a guy like Raja every game is nothing, and means nothing. Five minutes to a rookie (no strings attached) -- is great. They get five more minutes to learn the game during the game. There is no greater currency for a young player than confidence -- and confidence is related to having banked enough solid minutes on the floor to fall back on during tough times. You remove confidence when a coach yanks a young player out of the game for the one mistake he makes in a brief stint. you kill confidence by not even playing them. Raja has enough career confidence to not miss 5-10 minutes a game, as long as you still rely on him to finish games. Those minutes are useless to him, but priceless to a younger guy.

This goes for people like Favors and Enes Kanter too -- guys who play hard every trip down the floor. They're young, but we need them (Both Top 3 picks) to be great if our team has ANY future, regardless if Al Jefferson or Paul Millsap are playing like All-Stars (or not).

I've presented a lot of ideas here, and I am going to go into them more fully later. But I did want to leave on these notes:

And that is where perception meets reality. Because then you're not 'contending' like a rebuilding team. And you're not rebuilding like a contending team either. You're growing naturally, like we once did nearly three decades ago.