Utah Jazz starting shooting guard Raja Bell will miss his 5th the game in a row due to a strained left adductor muscle. Unfortunately, because the rest of the sporting reporting public didn't go to 4 years of medical school, no one seems to have bothered to ask WHICH adductor muscle. 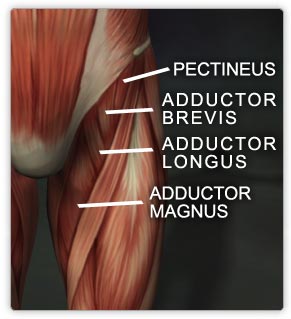 The point remains that I feel like this is an acute injury, and one that isn't going to be something he can play through. He most likely strained it while trying to guard a younger, quicker guy. Raja is one of the better defenders by reputation in the league, however he may be missing a step now. The inability to move laterally, and change directions quickly, severely inhibits your ability to be a good defender on the perimeter in these guard friendly NBA times. (A guy like Monta Ellis would have been creamed in the hand-check days of the NBA) If I did not make it clear before, the Adductors help you move laterally and change directions. (The fact that it's an adductor injury and not an abductor leads one to believe that it happened while defending a cross over, or getting out of the way of a screen . . . I'll check it out on synergy later.)

This means more time on the floor for the rest of the wings. Raja Bell plays more than half the game, in games he plays: 24.4 mpg. We'll see more of everyone else tonight as a result. It'll be 'interesting' to see Josh Howard defend LeBron James, and Alec Burks defend Dwyane Wade.