The Pick and Al: How Al Jefferson Can Improve His Efficiency

Share All sharing options for: The Pick and Al: How Al Jefferson Can Improve His Efficiency

One of the biggest points of detractions from Al Jefferson's game has been his inefficiency. There is no doubting that he is one of the most skilled big men in the league when set up on the low post. However, he has never been a successful pick and roll man. Sure he has never had a capable point guard to feed him, but he wasn't trained for that role. He learned a lot from ex-coach Kevin McHale, but McHale is old school and he molded Al in his image.

Over the last few games I started to notice a trend when Al is put into the pick and roll, and I think it may hold the key to helping the big guy add some efficiency to his newly acquired passing ability.

When Big Al runs the pick and roll, he is actually pretty successful. According to mysynergysports.com, he has been the roll man about 8% of the time and converts on about 51% of them. The problem is not in the conversion, its how he converts. Over the last few games it dawned on me that Al is far more likely to stop and go to the Weezy than follow through on the roll and go to the rim. He's avoiding the contact.

When Al is in the low post his moves are often so good that it leads to a shot that he wants and knows he can drop. In contrast, when he is the roll man in the PnR he is very reluctant to put himself in a position to draw contact. In fact, out of the last 20 PnR's he's been in he has shot a jumper 16 times.

Here's some examples from the Timberwolves game:

In this first shot, Al receives the pass from Harris, with Webster sliding over to cover and Pekovic a little out of position. 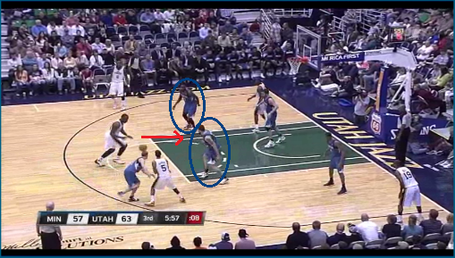 Now look what happens less than a second later (see the shot clock), Al is rising for the free throw line jumpshot. 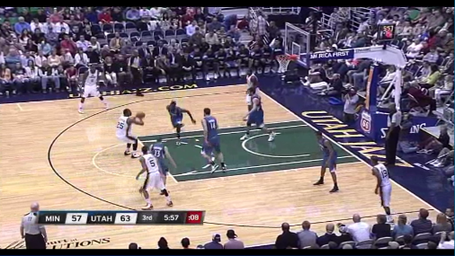 I contend that this is not making the most of a pretty well executed pick and roll. If he uses the time it took to rise up for that shot, he should be able to get a dribble and be in good position to rise up to go to the basket. Instead he settles for a shot at a range in which he averages 40%, whereas he is almost 50% in the paint and has a much higher chance of getting a shot that he shoots for almost 80%. 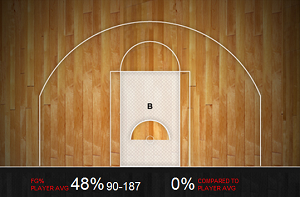 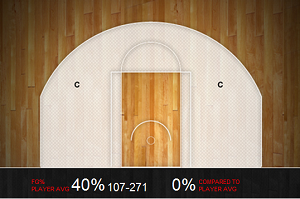 Just as a comparison, look at this chart of Al's stats side by side with those of Favors:

This indicates that Favors, per 36, would average 1.6 more free throw attempts per game then Al, and would do so on 3.4 fewer shots. This means that Favors would get to the line about 20% of the time. If Al could manage to up his percentage to that of Favors, he would be averaging around 6.2 FTA per game. To put that in perspective, he would be in the top 20 in the league and on par with Dwyane Wade.

This is not to say that simply by going to the hoop on pick and roll's that he can increase his FTA that much, but it would certainly help his offensive efficiency immensely, and the Jazz would be a much better team for it. In fact, this increase in efficiency could open up the possibility to running more side pick and rolls that are extremely difficult to defend, in a spot that Big Al is very comfortable working. This would be a great improvement to Big Al's ever evolving game, and would be another step in making him one of the premier big men in the league.