Jazz Vs. Trail Blazers Preview: Beware the Rose Garden is full of thorns . . . and trolls

Share All sharing options for: Jazz Vs. Trail Blazers Preview: Beware the Rose Garden is full of thorns . . . and trolls

Is this a trap game or a troll game?

You may not be familiar with the concept of a troll on the internet, or trolling. Basically, from my understanding, it's being unnecessarily mean or unhelpful in a way that's disproportionate towards the sincerity of a position, outlook, or statement. The statement here, clearly, is that the Jazz are fighting to make the playoffs. The Jazz need to win the next four games to improve their chance. They play the Portland Trail Blazers tonight in their gym. Portland is rebuilding, and have actively stepped off the gas pedal these last few games. The Jazz want to win. The Blazers aren't going for the playoffs, and thus, do not need the win.

So, the Jazz should have an easy time, right? QED?

The Blazers always try to troll the Jazz. Be it Bonzi Wells trying to get double ejections with Karl Malone in the playoffs . . . or be it their front office offering toxic deals to our free agents (the Jazz had to TAKE OUT A LOAN FROM THE BANK in order to pay Paul Millsap that first year, if you forgot). The Blazers rarely do us any favors. We're also a small market team in the same division. All the reports during the lockout confirmed what a huge asshole (bad word, report me to the blog editor, oh wait...) their owner is.

I'm worried for this game. The Jazz are sincerely trying to make the playoffs. The Blazers aren't. That doesn't mean things will work out perfectly for us. Especially not if the Blazers history with the Jazz comes into play. 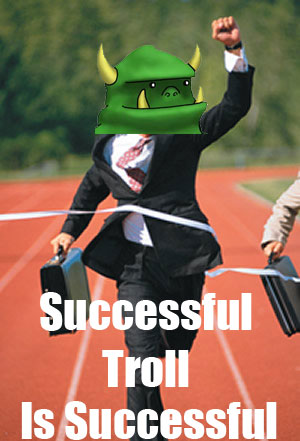 What's going on with the Blazers and Jazz after the jump!

What's going on with the Blazers?

First of all, the Blazers have shut down LaMarcus Aldridge, Elliot Williams, and Shawne Williams for the rest of the season with various fake things. (You know Amar, like right hip surgery is a fake thing, I guess now *I* am the troll) Nicolas Batum and Raymond Felton are both questionable for tonight's game. You know, so it's perfect when all those guys are healthy tonight after we plan on an easy game?

Well, that's not likely, but we still have to deal with Wesley Matthews. And I'm sure Luke Babbitt is going to have a career night against us. I want to feel great about this game, but I am at a high alert state because, you know, they are the Blazers. They are trolls to our franchise.

What's going on with the Jazz?

The Jazz just had a crazy finish of a game, and beat the defending world champs in triple overtime. We're a team of destiny. And Portland is just going to lay down, right?