This preview is part of an SB-Nation hoops league-wide effort, so cruise over to the other playoff team blogs and check out some fantastic previews! And for more info on the first round matchup with the San Antonio Spurs, visit Pounding The Rock for their preview here! I really recommend it. They did a great job, and it's got the unified theme of Game of Thrones . . . which I don't follow so I don't understand it. Still. Click their link!

The Utah Jazz by SLC Dunk

How would you describe the Mighty Never Tanking Utah Jazz in the regular season? (yes, that’s their real team name)

The Jazz exceeded ALL expectations, including my own dour ones for the team. The Jazz finished last season (aka. Trainwreck ’11) under Tyrone Corbin going a depressing 8-20. They had a lot of bad luck last year, and no one thought the Jazz were going to be this good – except perhaps the Jazz themselves. They won 36 games, despite missing two starters (Raja Bell and Josh Howard) during their playoff push. They went 11-8 in the killer month of March, and made the playoffs. These were amazing feats that the Golden State Warriors could never, ever make. Breaking News: Golden State is changing their team name to "20,000 leagues under .500". Why? Because they tank so much they are better off playing their games in a submarine. The Jazz had a fantastic season that will go a long way towards solidifying this core group’s place in the heart of Jazz fans. We love this team. And this team is one of the best stories in the entire NBA this year – but no one seems to care about them because they don’t have a catch phrase to tweet about #Linsanity #Lobcity.

For the rest of this really underrated preview of an underrated team, click on below!

What are the Mighty Never Tanking Utah Jazz’s strengths? Are there any areas that concern you?

The Jazz strength is that they are pound for pound, inch for inch, the most talented group of bigmen on any team in the playoffs right now. None are All-Stars, former MVPs, or Olympians. But they are all talented, underrated, and hungry. And they will grind your team into the earth under their collective, cumulative, banging. They own the paint. They get all the offensive rebounds. And they will block any of your shots. Al Jefferson leveled up this year into a guy who looks for his team mates and doesn’t shoot over triple teams anymore. Paul Millsap leveled up this year into a true triple threat guy who can hurt you from all over the court. Derrick Favors leveled up this year from the forgotten man drafted by a bad team to a dude who runs the floor hard and finishes at the rim harder. And Enes Kanter? Our worst bigman would start on your team (unless you are the Lakers or Memphis). Our biggest strength is bigger than your strength. *Drops mic* 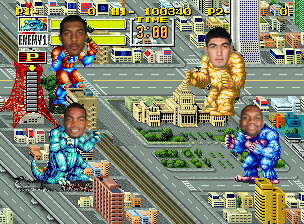 That said there are a few areas of concern: Three point shooting, and Dribble Penetration Defense. Can the Jazz do the bare minimum to keep defenses honest outside, and maintain some semblance of floor spacing for our bigs? Can the Jazz handle all the pick and rolls they’ll see when Tony Parker or Manu Ginobili initiate their offense? Inability to stop the Spurs dribble attack results in a lot of fouls. These fouls give the Spurs free points and put our bigs on the bench. That hurts more than a lack of three point shooting.

What is your likely playoff rotation? Who is likely to see their minutes increase? Who might fall out of the rotation completely?

Tyrone Corbin will shorten the rotation a bit. He’ll go with Devin Harris, Gordon Hayward, DeMarre Carroll, Paul Millsap, and Al Jefferson to start. And off the bench he’ll bring in Derrick Favors, Jamaal Tinsley (or Earl Watson if healthy), and Josh Howard.

You’re not going to see a lot of Blake Ahearn, Jeremy Evans, or Enes Kanter. Kanter is, of course, ready for action if/when one of our bigs gets into foul trouble; however, his minutes have been steadily going down each month with the emergence of Derrick Favors. The other two guys don't have much chance to play unless there's a blowout. And, well, let's be honest -- we're playing the Spurs. I expect to be blown out at least once. The one dude on the Jazz who actually has legit NBA talent, and occasionally can be a zone busting three point maker (C.J. Miles), is still out with injury. I do not know if he will be back in time for any of the games in this series. Which is a shame, because last year he scored 40 points just on jump shots -- which Utah will need against the Spurs defense.

The Jazz' only real issue in terms of their rotation will be how much they integrate former starters Raja Bell and Josh Howard back with the guys who got in a good groove and fought their way into the playoffs. (The Jazz were #11th or #10th best in the West when those guys were starting) If Bell is good to go, his floor spacing, low shot attempts, and playoff familiarity with the Spurs will be invaluable. If he can't, expect to see more of Alec Burks, the rookie who doesn't know he's not supposed to get to the free throw line as much as he does. Howard could take Carroll’s minutes. Tradition states that the Jazz will heavily skew the playing time in favor of veterans instead of youth in the playoffs. The silly thing is that it was playing the youth that got the Jazz to the playoffs, after the veterans started to go down with injury. Either way (vets or youth), the Jazz are playing with house money. Tyrone Corbin can't make a mistake -- not after going 8-20 last year and going 36-30 this year.

Who is most likely to step up their level of play? Do you have a potential "breakout" performer this postseason?

The Jazz are going to need Gordon Hayward and the rest of the youth to step up their level of play. Favors needs to play big, and smart. Enes Kanter needs to be rough and not back down from anyone. Alec Burks needs to give the Spurs a taste of their own medicine as a combo guard who gets to the line all day long (looking at you, Manu). But it really has to be Gordon Hayward. Out of all of them he’s the most experienced. He plays the most minutes. He’s taken his team to the NCAA Finals. He needs to be that big game player for this group with his all around game: passing, defense, and shot making. If he’s on his game he can pose a lot of trouble to the Spurs. The rest of the Jazz are too predictable, and easy to plan for. Hayward can be that chink in their armor with his high basketball IQ and surprising athleticism. He’s the clear favorite to be a potential breakout performer this postseason for the Jazz.

How far can you realistically see the Mighty Never Tanking Utah Jazz advancing in the playoffs?

I realistically see the Jazz winning a close home game vs. the San Antonio Spurs. Getting wins, and winning series will wait till next year. This year it’s all about getting playoff experience. Very few teams go from the lottery to making a big splash in the playoffs in the span of one lockout shortened offseason. This Jazz team will get their feet wet. And that’s realistically all that they need to do this year. Play in 5 games. Make us proud. The Jazz will always give their best effort. Mark Jackson is a poo-poo head. Go Jazz!