While You Were Sleeping - April 5th

Share All sharing options for: While You Were Sleeping - April 5th

The worst part about last night's loss wasn't just what happened inside the ESA. In what was probably the biggest night for the NBA, this season, the Jazz had the chance to gain ground on the Nuggets and Grizzlies after both of those teams lost. Instead, the Jazz have all but sealed the fate of their playoff hopes. They have a tough remaining schedule and will now require the help from other teams to squeak their way into the postseason.

After The Jump we'll look at the current standings, what happened WYWS, and compare the remaining schedules of the 3 teams closest to the Jazz. 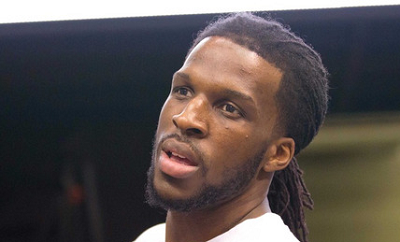 Here's the remaining schedule for the Rockets, Nuggets, Suns, and Jazz: 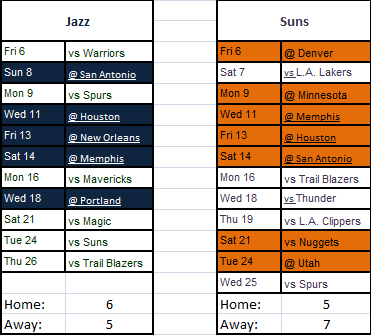 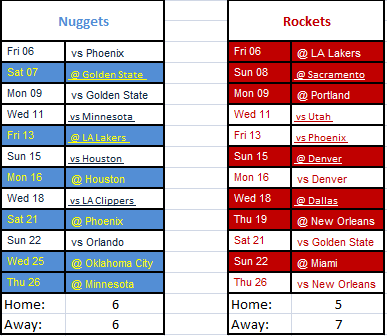 If we use a simple rating system consisting of the number of games against "tough opponents" (ex: Jazz would score a 7 because they play that many good teams: SA 2x, Mem, Hou, Mavs, Orl, Phx), here's how each team would score: UTA- 7, PHX- 10, DEN- 8, HOU- 7. This is assuming that the other games are ones they "should" win. Therein lies the problem. First, none of these teams are very consistent, least of all the Jazz. Second, it is nearly impossible to factor in all the outside influences (injuries, resting old players (I'm looking at you Spurs), tanking).

What does this all mean? Its anyone's guess as to who will get in, but the biggest issue comes when looking at the team we know best: the Jazz. I honestly only have a sense of certainty of a win in 2 games: GS and POR at home. The @NO and Magic at home are the next closest probability, followed by maybe 50/50 chances @POR and home against the Suns.

Care to take a crack at how it all plays out?