You know the play well. It may have been the pinnacle of the Jazz's postseason this year. Everything was down hill from there. Three point 4 seconds left in the first half with the Jazz holding a 50-49 lead. And the Spurs hit a corner three from Matt Bonner as the halftime buzzer sounded. All the Spurs were pretty pumped. They made the shot, took the lead and broke the Jazz players' collective spirits. But also they got just the shot they wanted. It was an epic moment.

The funny thing is that Matt Bonner didn't move a muscle from the time the ball was inbounded 80 feet away to the time he released the shot. He picked his spot, stood there and waited for the pass.

It was one of 59 three point shots Matt Bonner took from the corner this season and he made 29 of them. That is 49%. That is a higher percentage than Kevin Durant shot in the paint this year. That is the same free throw shooting % for Andris Biedrins' career.

But it sums up perfectly what the Jazz need to embrace in their offense: the corner three point shot.

It is a general rule that a corner three point shot is the easiest three pointer to make. At least 79% of all NBA players shoot better percentages from the corner three than from anywhere else. I don't know if it is due to the shorter distance, or the lack of background distortion or a mentality, but side 3 point shots are made more than other 3 pointers. The real question is, how do teams use corner 3 pointers and how does it affect their 3 point shooting overall? Let's break it down team by team from best point shooting teams to worst.

All of the coaches of these teams other than Houston have direct ties to Gregg Popovich, Pat Riley or George Karl. I think the fact these teams shot a good majority of their threes from the corner is a coaching decision, not accident.

The Jazz shoot 25% of their threes from the corner. The league average is 28%.

I feel bad for the Bobcats.

The Chicken or The Egg

I think it's probably more important to have great 3 point shooters, but I also believe you can create great 3 point shooters. Obviously San Antonio is the golden standard in the league with the way they create corner 3 pointers. Every Spur shoots a higher percentage from the corner than from non-corner 3s. And they shoot the highest percentage of corner 3s than any team in the NBA. They also have 3 of the 10 most accurate three point shooters in the league over the last 3 years: Matt Bonner, Gary Neal and Danny Green.

The Curious Case of Danny Green

Danny Green was a very good player for a championship North Carolina Tarheel team. He played four years at UNC and was drafted by the Cavaliers in 2009 in the late second round. He played 100 total minutes his rookie year for the Cavaliers and shot 6-22 from the three point line (27%). Before his second year, the Cavs waived him and the Spurs picked him up. He practiced with the Spurs for two weeks and then they waived him. Later last season, the Spurs resigned Green and he ended up shooting 7-19 (37%) from the three point line.

This season he played 23 minutes a night for the Spurs. Here is how he did from the 3 point line: 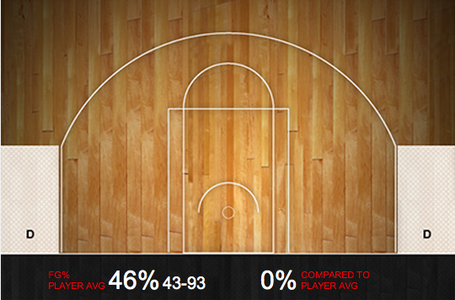 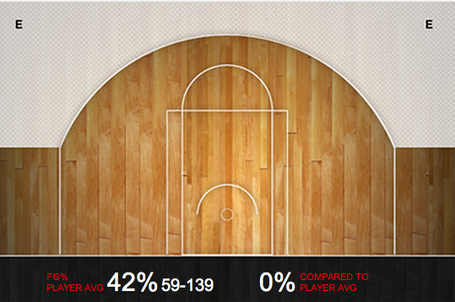 Certainly hard work helped Danny Green improve his 3 point shot. But I am positive that the Spurs let him know where he would be getting his three point looks and I am sure that he worked on shooting threes from the corner. And his ability to shoot corner threes has spread out to other areas.

The spurs did the same with Bruce Bowen to a certain extent.

I guess my main point, is that you can create great three point shooters.

So What About the Jazz?

You can't ask Gordon Hayward or Alec Burks to become three point specialists. You can ask them to improve and more importantly you can tell them in advance where you plan to get them open three pointers so they know where to practice shots. But fringe NBA players, who want to work hard and stay in the league? Those guys would kill for the opportunity to become 3 point shooters. The Jazz have a couple of guys on the roster that fit this mold: DeMarre Carroll and Jeremy Evans. If I am Tyrone Corbin, I am going to Jeremy and Demarre and I am telling them to practice three pointers from whatever spot. For the Jazz it would probably be the wing. But if Carroll and Evans could practice shots from that very spot, they could improve. They could be the next Danny Green.