The Downbeat #762 - A Little Bit of History Repeating?

Share All sharing options for: The Downbeat #762 - A Little Bit of History Repeating?

The Lottery is tonight at 6:00 p.m. (Mountain), on ESPN, for those of us that are filled with anxiety over that Warriors pick. The current order is here, but as we all know there's a strong possibility that could change. Besides watching for any teams to leap the #7 spot, watch what happens with the Nets. Currently their pick is only top three protected and could end up in the hands of the Blazers.

Now, here's your lottery history lesson. The first lottery took place in 1985, but before that the draft was picked in order inverse of team records. The Knicks won the first lottery and used the pick on Patrick Ewing. Then, in 1986 the Board of Governors changed the rules so that the lottery applied to only the first 3 picks and everything else went in order. This assured the worst team would pick no later than 4th. That year the Spurs hit gold and picked up a center by the name of David Robinson. These rules remained in place until 1989, then the draft was whittled down from 7 rounds to the 2 currently in place.

The next big change came in 1990 when the Board of Governors approved the 14 team weighted lottery system. This, as Andy explained yesterday, is where the teams are given a weighted probability based on how bad their record was. Since then there have been many tweaks to the weight given to the worst teams, and in 1996 they dropped the lottery from 14 teams to 13. This was changed back in 2004 when the Bobcats entered the league.

As for the DB title? Things don't look promising. In the 22 year history of the draft, I was only able to count 7 times in which a team slotted to pick 8-14 (or 13 during those years) was able to leap into the top 3. Further, it has only happened twice in the last 10 years (Cavs last year and Bulls in 2008).

The Jazz have had some success with second round picks. Of course most notably is, that's right Kyrylo Fesenko, but also there was an undersized PF out of Louisiana Tech named Paul Millsap. While there have been many second round picks go on to be very good players, there have only been a handful to be selected to All-Star teams. For the Jazz, though they weren't their picks, Memo Okur and Carlos Boozer both made the All Star teams. Additionally, Jeff Hornacek was selected as well while he played for the Suns in 1991.

Personally, I love the excitement of the lottery, regardless of the outcome. Last year I was jumping up and down when I figured out the Jazz had made it (admittedly, I'm a little slow).

Anyone have any good luck charms they will employ while watching the Lottery? I'm pretty sure I have KOC's strategy figured out: He intends to glare fate into submission. 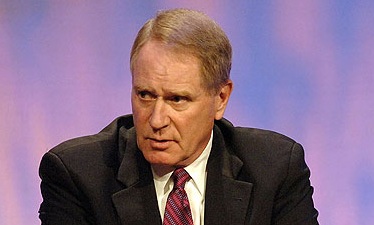