A few days ago all the blogs were asked to give their votes for which players deserved to win hardware this year. Not every blog their votes in on time, so this data is from only 18/30 participation -- which I guess is a better number we'll get than in a national election. Anyway, we were asked to vote on the conventional stuff: MVP, DPOY, ROY, Sixth Man, COY, and Exec of the year. There was no vote held for the MIP award, which was recently handed out in real life to the Orlando Magic's Ryan Anderson. Congrats to him. Over all this was a fun exercise where we all agreed or all argued about who should win depending on the nature of the award. Also, yes, some guys voted in homer voting blocs. It was fun.

Most Valuable Player: LeBron James (83.3% of the vote)

This is no surprise, he's having a monster year for a great team. TP got a number of votes too, which was surprising to me. Of course, it was less surprising where those votes came from, ha ha.

This was almost a clean sweep for Irving. Of course, the two votes that went to The Manimal were also the same two voters who voted for Parker in MVP. Interesting. : )

This was simple enough . . . Harden really distinguished himself this year, and Manu didn't really play as many minutes as in previous seasons.

Most Improved player: Tie . . . no vote held (these are write ins)

Yeah, there was no actual vote for this one, but if there was I would have voted for Niko Bellic Nikola Pekovic of the Minnesota Timberwolves. Dude was a force this year.

Defensive Player of the year: Tyson Chandler (50.0% of the vote) 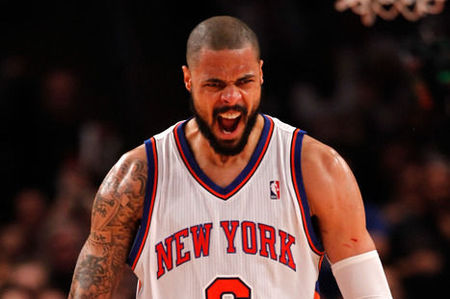 I voted for Dwight, and there is a good reason for that. Sure, I'm not a fan of his actions, but on the court he still averaged 14.5 rpg (10.8 JUST ON THE DEFENSIVE SIDE), 1.5 spg and 2.1 bpg. Chandler and Ibaka had good years too, but honestly, not THAT good.

Yes, for all my criticism of him this year when push came to shove -- there was no way I wasn't voting for Tyrone Corbin. All the other guys who got votes were on playoff teams last season. Thibs had the best record in the league LAST season. Pop has 4 rings and lots of vets who know the system. What did Corbin have? Aside from "room for improvement", Corbin really had nothing to work with. No All-Stars. No hope. Crappy schedule. Two starters went down during the stretch run (Raja Bell and Josh Howard), the call-up starter from the bench then went down for the rest of the season (C.J. Miles) -- it wasn't easy. And here we are. A big part of why the Jazz are here is because of Tyrone Corbin. He's not perfect. He makes mistakes. So what. He's leaning. And in his first full season he got us to the playoffs with one of the worst built rosters in recent Utah Jazz history.

Executive of the year: Larry Bird

I started the trend of voting for R.C. Buford. He's done a great job. I think everyone did an okay job with this crappy non-season, but Buford continues to make the moves that set up Pop's coaching success, and the Spurs on-court success. KOC got 3 votes, which is really cool.

Also, check back later on tonight for my awards for the Utah Jazz!