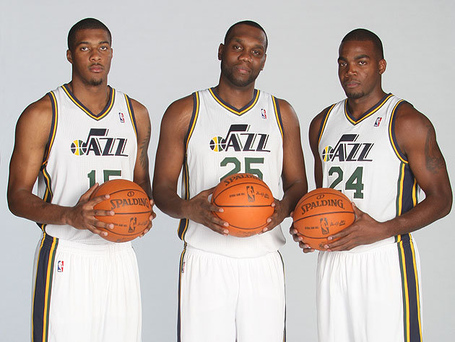 The NBA is all about matchups. In college, zone defenses are used ad naseum because #1 college teams usually lack competent big men and #2 every player isn’t able to burn you at every position. The NBA is a bit different. Good shooters, slashers, big men, etc. exist at every position. One simply can’t allow a permanent zone defense ala Jimmer and the 2010 BYU crew because the NBA is very good at exploiting the zone [unless someone fields a team of Watson-Burks-Howard-Favors-Kanter (I’m looking at you, Ty)]. Mostly, man-to-man defense is a necessity with good rotations and defensive schemes to stop an opposing offense in the NBA.

Teams like to exploit this by playing to mismatches. Sometimes a player exists that has size or speed uncommon to the position that he plays. When opposing teams try to defend him, he is either too quick or too big to defend. The opposing team has to resort to trying different player rotations (which can be exploited) or a zone defense (which also can be exploited). After the jump, we’ll look at players the Jazz have that could create mismatches and decide what we should do: go big or go small 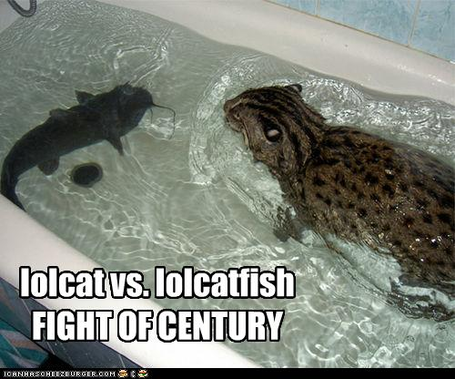 This is what we want matchups to look like :)

Not every player can create mismatches because, while they possess the skills on offense to destroy people at the other position, they lack the skills to defend that position. Imagine Al Jefferson trying to match up against small forwards. While opposing small forwards have no chance against his 6’10" size and 280 lbs, there is no way that Al could defend even a D-league small forward. We’d have 3’s from high school going off on us for 35 points instead of no-name point guards scoring 20.

This alone eliminates many players from the list on our team. Players like Devin Harris, Earl Watson, Jamaal Tinsley, Josh Howard, Raja Bell, Al Jefferson, Blake Ahearn, and Demarre Carrol either lack the defense at a different position to create a mismatch (e.g. Al Jefferson) or the offense from a different position (e.g. Earl Watson) to have a significant effect. However we do have 5 players that can make matchup nightmares for the opposing teams.

Newsflash: Paul is small for a power forward. However, experience tells us that this hasn’t stopped him from doing a decent job at defending this spot. 82games.com shows him at performing at a PER of 21.5 while playing PF. Opposing power forwards, on the other hand, play at a PER of 18.3. This means they do beat him a bit at this spot (15 is average) but his offense more than makes up for it.

As a small forward, things get interesting. While he is a bit slower according to the data, experience says that Paul has improved his speed and would probably fit in the average category here. His length and height is in the average to good category across the board. His weight, though, is far above what other small forwards have. This lets Paul muscle his way past them with ease and the stats show it. Paul plays at a PER of 24.9 when at the 3 spot. Conversely, he does really good at defending them, holding opposing 3s to a PER of 9.5.

So what happens if we make Paul a 3 and go big? Well, opposing teams have the nightmare of trying to match up against him and generally getting creamed. If we try to go small and make him a 4, good things generally still happen, especially if we run where Paul is a bit faster than the other 4s.

Favors is an athletic wonder kid. He has such great size, speed, and length it is no wonder that he is on this list. Most people list Favors as a PF/C, and rightfully do so. Let’s look at how he matches up against those 2 categories.

Because Favors has a small head and high should ala Dwight Howard, he actually has decent standing reach for a center. He also can jump over, run around, and generally make the lumbering foolish 7 footers of the league look like Shaq running a marathon against me (for mental image’s sake, imagine a 5’11", 125 lb skinny white kid with 1% body fat). While he is a bit small weight wise, he seems to have put on some extra muscle this last offseason and should still match up well in that category.

As a Power Forward, he no longer possesses the supreme athletic ability against centers, though he still has a decent advantage there. However, he now has a humongous size advantage against them. He outdoes them in every size category possible. In fact, his max vertical reach is almost 2 standard deviations above the average!

What do the numbers have to say about this? Well, 82.games shows his offense being better at the center spot, but his defense being better at the power forward spot. The difference between these still gives him a PER advantage (PER of self minus PER of opponent) of 2.0 as a power forward and 2.5 as a center. What does this mean? It means he’s a matchup nightmare if we go big or small!

Kanter was only used as a rebounding grunt this year according to Hollinger, but still showed a great set of skills. He was used exclusively as a center, but all sources say he is a pf/c. Let's see how he matches up.

Kanter actually doesn't have bad speed for a power forward. He does have great size and strength and could easily push any of these guys out of his way.

As a center, he still has decent size. He can't even be pushed around by these guys (ask Marc Gasol and Andrew Bynum). He's quicker than most of these guys, and if P3 helps him out like I think they are, he will be much more mobile than your average center.

We can't get much from stats of Kanter as a power forward because he never was used as one. As a rebounding grunt he held his man to a PER of 15 (league average) and posted one of 14.6. Not bad for a rookie rebounding grunt. If he was actually used then I'm certain he would have excelled more. Evidence points that he could abuse power forwards and would have done the same to centers.

I covered Hayward extensively in my post here http://www.slcdunk.com/2012/6/9/3075252/which-box-does-hayward-fit-in , but to summarize, he can match up against 2's and 3's very well with a size advantage at the 2 and speed advantage at the 3. 82games.com says he has a PER advantage as a shooting guard of 3.7 and 4.0 as a small forward.

Alec has been used as a combo guard extensively throughout his college career. As a Jazz man he had been almost exclusively as a shooting guard, but he has qualities that could make him a great point guard.

As a point guard he still holds that speed advantage; not by as much but it still exists. Now, however, he towers over these poor, smaller guards.

Size advantage aside, other skills are necessary for Burks to man the point. In the Jazz system we need crisp, zippy, cool passes to work effectively. Well, let's see how Burks passes. Here's some data from 82games.com comparing our main passers this year to burks.

A couple things from this chart. First, from just looking at passing rating, Burks is by far he worst here. According to 82games.com, "Passing Rating is an attempt "to reward passes leading to successful shots from close range at a higher rate than assisted outside shots, while including the rate of passing turnovers." This stat, however, doesn't take into account a players role on the team. For example, Burks wasn't called on to pass that much this past season.

What I do find promising is the % Difficult Ast, a stat I quickly made myself. Basically it is (Dunk Ast + Close Ast) / Total Ast. I tracked this stat because dunks and close assists are harder to make and are easier shots than a mid-range jump shot or a 3-pt shot. Jump shot assists are easy to make since there are relatively few defenders in the way of the pass. Here is where Buks passing shines. His % Difficult Ast is on par with Tinsley, our team's highest passing rating player. Burks gets his passes where they need to be whereas Harris sends mostly easy, outside jump shot passes.

The other stat I made up was Difficult Ast / Turnover which is rather self explanatory. Since most passing turnovers happen when trying to thread a pass between defenders on the inside, I figured this would give us a good idea at who was better at making passes. Once again, Burks does well here just behind Tinsley and Hayward but ahead of Harris and Watson.

I don't have synergy, but I did find a short video with a few examples of Burks passes.


From a stats point of view, we have a small sample size that says Burks creams other point guards (sample size warning). At the 2, Burks posts a PER difference of 0.2 but as a point guard he posts a difference of 12.2! Of course we can't judge off of the sample size, but it does prove to be an intriguing possibility. Tyreke Evans failed as a point guard in Sacramento, but he doesn't seem that smart nor does he know how to pass very well. Burks, at the least, can pass as well as Devin Harris if not much much better.

What does this all mean? Well, it means that we will be putting opposing teams into matchup purgatory if we were to play all 5 of them at the same time. The beautiful thing is that all 5 of them have skills that complement each other as well with no one stepping on another’s toes (e.g. Lebron and Wade). On defense we have 2 great perimeter defenders and 2 great interior defenders in our young fab 4. On offense we have 2 developing shooters, a super-slasher foul-drawer, and an incredible post presence. This lineup, though huge in size (shortest guy standing at 6’6" with shoes on), does not lack speed and could run other teams into the ground. Neither do they lack playmaking skills since Hayward and Burks are probably our best passers besides Tinsley.

I vote we go big, but we shouldn’t go big with Al. We need to go big with our young guys + Millsap and force other teams to TRY and matchup to the team that we have assembled. Does this mean that the guys I have listed will have the size or speed advantage every night? No. Does this mean this is actually the best lineup to put out there? I wish, however I’m no basketball or lineup expert. What it does mean is that these guys should be used to exploit other teams, not to adapt to them.