1. The Spurs are going to win the NBA Finals...ah snap. With all the raving about Coach Pop and the Spurs that has been thrown out on this site, and how they are the best team in basketball and shoot the three so well, and that Manu walks on water and Tony Parker is the cure for cancer, why haven't we seen a post about the demise of the Spurs? Was it OKC's talent, the quick turn-around between games that defeated the Spurs? Or did the Spurs suddenly lose their superpowers due to Kryptonite being placed in their breakfast burritos? We want to know.

Hmm, well, I guess we may never know.

2. Gail Miller is remarrying. Here's the link. Who is this attorney named Kim and what will his role be with the Jazz? Honorary CEO, attorney suing slanderers, water boy? While I welcome him into the Jazz family with open arms and am glad Gail has found someone that can make her happy, I'm curious what his affect, if any, will be on how the Jazz do things.

3. What are the ways around SLC Dunk's new "you can't post an image you don't own rules"? Seriously, this image is bad news:

My own investigation has led me to believe that all you need to do is take some images that you don't own and then cut them up and create your own image (see images below that can still be found in game threads): 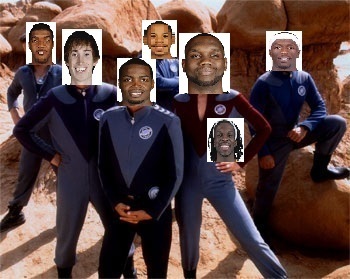 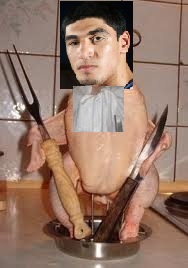 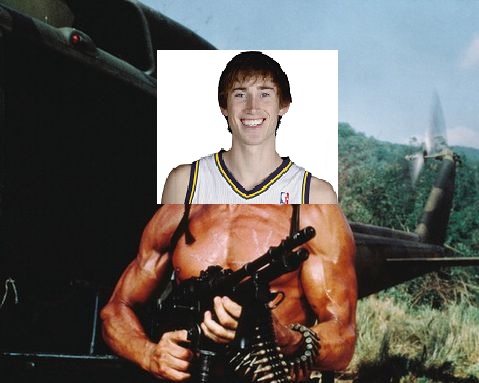 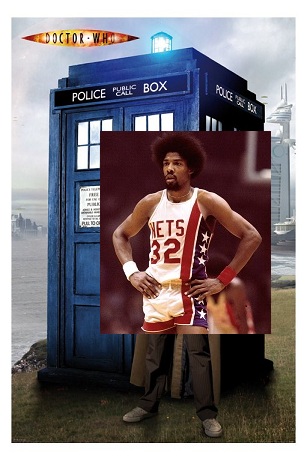 So now that I've made the SLC Dunk staff aware of what should be talked about, MAKE IT HAPPEN AMAR!