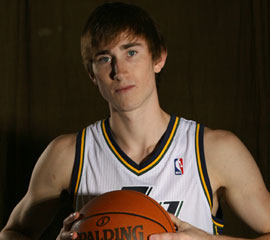 Traditional basketball dictates that each team field 2 guards, 2 forwards, and 1 center. Today's NBA tradition has expanded this to include a point and shooting guard as well as a small and power forward. For convenience we refer to them as 1-5. To evaluate what players roles are we assign them one of these numbers and stamp them with a pre-packaged job. Usually players fit in these preset packages nicely, or, with a little force, will eventually cram into their neat little boxes.

The trouble is, a player comes along that doesn't quite fit in his box. These "tweeners" make it difficult to decide what their role is. Paul Millsap, for instance, isn't really a 4 nor is he a 3. AK47 is probably the best example because he could play 1-5 and do fine in each role. What role fits him the best though?

This same question is posed for Gordon Hayward. What box should we try to shove him into? Is it the 2 box? Is it the 3 box? Heck, why not try the 1 or 4 box? Should we even have boxed roles that we give out? After the jump we'll go through the boxes and decide which to give him. 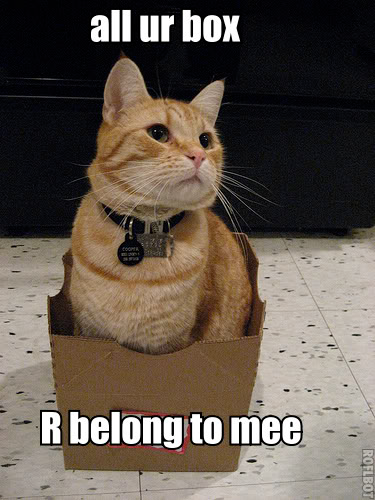 Thanks to draftexpress, I've created these tables of the physicals of some of the small forwards and Shooting guards in the league. I've added the mean values and standard deviation for each as well as Hayward's physicals. All the data comes from the Chicago combine for only drafted players.

It should be noted that length measurements are all exact. They likely haven't changed since the NBA Draft Combine. Some people grow a little around 19-22, but they are rare.

However, the speed, agility, and jumping data can all change. These numbers also might not be very accurate since they only have a sample size of 1. For example, Hayward's speed and agility data look mediocre, but the "eyeball test" says that he's faster and more agile than the data suggests.

With this in mind, we can see that Hayward has pretty good size when compared to shooting guards. He only has average length, but has great reach because of his extra height. This gives him an advantage shooting because his release point is higher and harder to block. He jumps about as well as the average shooting guard, is just about as strong, and tends to be a bit slower. Remember though, this was only 1 sample size.

Against small forwards, Hayward is generally average to small. He does, however, hold a speed advantage against these players. Also, please note that there is a typo on the average height here. It should read 6'6.54" (i.e. putting Hayward at an average height).

For some skills, we can use stats to measure such as shooting, passing, rebounding, etc. I've created a table of some important stats regarding Hayward's skills.

The chart shows that he's an ok shooter, and experience tells us he can be a lights-out shooter. As long as the Jazz run plays for him instead of last-second chucking, Hayward does really well. In college he was an amazing shooter when he had the advantage of open spot-up shots. His sophomore year his shooting dropped because these plays weren't run as often.

Next we can see that he does pretty good at passing without turning the ball over. He's got good ball-handling skills and great passing skills for his position (whichever position that is).

Lastly, his rebounding and steals are mediocre at best. He gets a decent amount of rebounds, but steals are really not there at all. This is probably a product of the small wingspan we talked about earlier. He doesn't have long arms to reach in and get a steal or to disrupt passing lanes. Neither does he have that length to fight in and get rebounds as much as others do.

Lucky for us, the Jazz flex offense only has 4 boxes. There is a point guard box, 2 wing boxes, a power forward box and a center box. Although we don't have to decide which role he would fit on offensive, we do need to look at who is defending him. If he's the taller wing, he'll be guarded by a small forward. If he's the smaller wing then he'll be guarded by a shooting guard.

From the physicals and the "eyeball test" we can see that he is probably matched in most aspects by opposing shooting guards. They're probably just as fast, just as long (or longer), jump as high as he does, and can reach just as high when standing or jumping. In all likelyhood, for him to execute at the 2, he'll have to beat his man with good off-ball movement, intelligence, and ball-handling skills. Lucky for us, G-Time has all these.

Small forwards are a different case. Generally speaking they are a bit slower, quite a bit longer, jump a little lower, and reach a little higher. This puts Hayward at a speed advantage on offense to go with his intelligence, ball handling, and off-ball movement (in fact, he has an even better advantage in the ball-handling department here usually). However, it puts him at a length disadvantage.

Draftexpress gives us insight here beyond the "eyeball test."

"A large part of the variation in scouts’ sentiments about Hayward is his physical profile. While he has excellent size for a NBA small forward at, he spent a great deal of time at the power forward spot last season and lacks the prototypical athleticism that would allow him to seamlessly transition his game to the next level. He’s not terribly explosive and will have to answer some questions about his lateral quickness and defensive ability. But he also has positive attributes. He displays good speed and shows tremendous body control. His ability to use those tools to effectively complement his outstanding basketball IQ and perimeter stroke remains a subject of debate."

Beyond seeing Hayward execute well against longer and taller players this year, we have data from his sophmore year in college (his breakout year) playing powerforward of all positions! To me, this suggests that executing against length isn't a huge problem.

Defensively, the role changes slightly. As a 2 he would need to stop more pick-and-rolls as well as dribble isolation plays. As a 3 he would need to defend more post-ups. At either positiom he would need to provide good help defense. The things that I like about his defense are:

1) He never gives up. Even if he gets beat, he puts in effort to contest the shot. This, at the very least, makes the shooter nervous and rushed.

3) He gets back in transition.

4) He doesn't take risks. Sure he doesn't get a lot of steals and blocks, but he plays the percentages, doesn't bite on fakes, and sticks to simply contesting shots.

Here we'll go over some videos of his defense against the pick-and-roll, isolation plays, post-ups, and some transition D.

In this clip, Hayward gets hit with a screen twice. Both times he works hard to fight over the screen. If you watch, on the second screen Parker gets past Hayward for the jump shot, but Hayward is still able to contest the shot. Also, if it weren't for Al's terrible defense and being in the way, Hayward would have still been in front of Parker (thanks for just standing there Al).

In this clip, Hayward get's hit with 2 screens again (poor guy must be going dizzy from running around all of these). Once again, Al is in the way as Hayward tries to fight through the first screen. On the second screen, Hayward is pushed out of the way by Duncan, yet somehow gets back in time to try to stop the pass. Once again you can see the effort that he puts in.

Some might say that Hayward didn't play this iso very well because he gave CP3 a lot of space. I, on the other hand, think he did a great job. CP3 is tiny (6'0"), so Hayward can stand back quite a bit and still contest shots. Hayward made the smart, non-risky play of staying back, not falling for any of CP3's fakes, and keeping him out of the paint (especially considering Paul had been destroying us in the paint all game long).

On this last video, Rudy Gay tries to post Hayward up, but finds Hayward actually pushing him out of position. Once Gay gets the ball, Hayward takes his hand off to avoid the foul and sticks with him the entire time. Gay ends up taking (and making) a tough, highly contested shot from farther out than he wanted. This video shows how much stronger Hayward is than the pencil that he appears to be.

From the data we've seen, offensively he would do well to play either the 2 or the 3. He could even play the 1 from his skill set and has played the 4 at times in college.

On the defensive end, Hayward would also do well at the 2 or the 3. He even can guard the 1 or the 4 (I seem to remember him guarding Nowitzski a bit).

What does this mean? It means that G-Time isn't a 2 or a 3. We learned from AK47 that boxes don't always work. AK47 works best in "wild horse" mode where he rebounds, passes, slashes, shoots, defends, and does a little of everything else. The same can be said of Hayward. He does best when we use him for his skills and put complimentary skills around him.

Does it matter if Hayward is a 2 or a 3? YES!!! It matters that we don't give him or any of our players a box number. Instead, we need to find complimentary skills and use them in the situations where they work best.

With that in mind, Hayward's best position is the one where he is defending the opposing team's best perimeter player (1-3), is used for spot-up 3-pointers (where the play was designed for this), playmaking, TRANSITION (notice how this is capitalized Corbin. Let's run more!), and slashing off of screens.

Instead of taking the "are my boxes filled" approach, I hope KOC, Ty, and the Jazz FO are working to find players with complimentary skills to the ones we already have.