The Outside Perspective Edition - The Downbeat - #794

Share All sharing options for: The Outside Perspective Edition - The Downbeat - #794

Marvin Williams (full name: Marvin Gaye Williams, Jr.) was introduced by the Jazz yesterday. Marv, who will wear #2 for the Jazz, in a nutshell: not on Twitter or Facebook, not married, no kids, and goes back to school every summer to finish his degree. 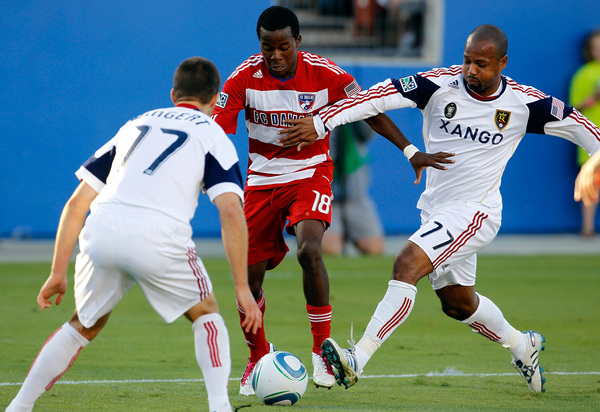 We do not have access to any images from Marvin's press conference. What we do have is this picture of Marvin Chavez (#18) and Andy Williams (#77).

Randy Rigby on bringing back the Rocky Mountain Revue:

I continue to have a real serious interest and desire to get the summer league back here in Salt Lake City... [We hope to find] five other teams, encourage them to come to Salt Lake, because I think we can put on even a much better experience than I saw in Orlando. They do a nice job there, but I think we can even do a better job for the teams, and for the broadcasting, for the whole experience. So that was also part of the reason for my trip, visit there.

What do we think of this? (read from the bottom) 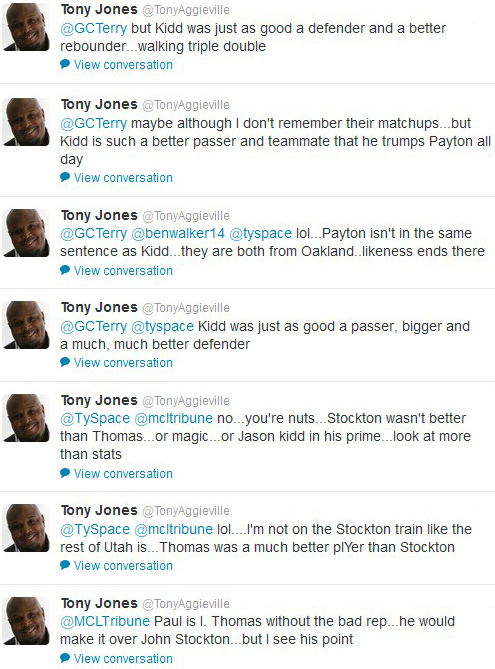 I recently had a conversation with a friend (Warriors fan; hoops fan in general) who said that he could see the Jazz finishing last in the Northwest Division next season and beyond with the upgrades that Minnesota and Portland have made to their rosters. He also made the point that over the past five years or so, the Jazz have downgraded across the board. Ownership: Larry to Greg (not that he knows much about either, but he remembers Larry as being a huge fan of his team). Coach: Sloan to "your coach now" (he couldn't remember Corbin's name). Players: Olympian All-Star Hall of Famers to Olympian All-Stars to good but not great players. As for management, he said that management hasn't had that transition, but at the same time it's stayed the same when the rest of the league and even the game have changed. The beginnings of a million different responses formed in my brain, including a defensive-y crack about how at least our coach isn't Mark Jackson, but in a way I just felt sad. In the end, I said that we have a young core that's going to be really good, especially Derrick Favors. He questioned my statement, saying that Favors is probably going to be an all right player but isn't even good enough to start on the Jazz over the aforementioned "good but not great players." At this point I had no answer because smoke was coming out of my ears. And I was dying a little inside. Two days later, I had a conversation with another friend who's a Rockets fan but doesn't hate the Jazz (or at least not outwardly hostile towards me). He had kind of the same sentiment, that Favors must be too raw and undeveloped to start or have a major impact on the team. (He also suggested that the Jazz should trade Favors to the Rockets because the Rockets would do a better job of developing him.) I do think it's interesting to hear outside perspectives from fans that don't have a horse in the race, but it kills me that this could be the perception of Favors outside of Utah. I'm not saying that he's Optimus Primus Malonus, but at the same time he's not going to develop without being thrown into the fire (like Karl was when the Jazz traded Adrian Dantley). (The season is over, the draft is over, the summer league is all but over...in short, look forward to more conversations from my life in this space.)