Share All sharing options for: Jazz Pre-Season Schedule - Now up to 6 games!

Last night the SL Trib's Brian T. Smith tweeted out a more complete pre-season schedule for our beloved Utah Jazz. He also acknowledged that the Jazz have not released the schedule, and he is also cobbling together the games via the information he receives from other sources.

Because I seem to be aggregating information myself, and then weaving it into something for you to download on your smart phones I made this. 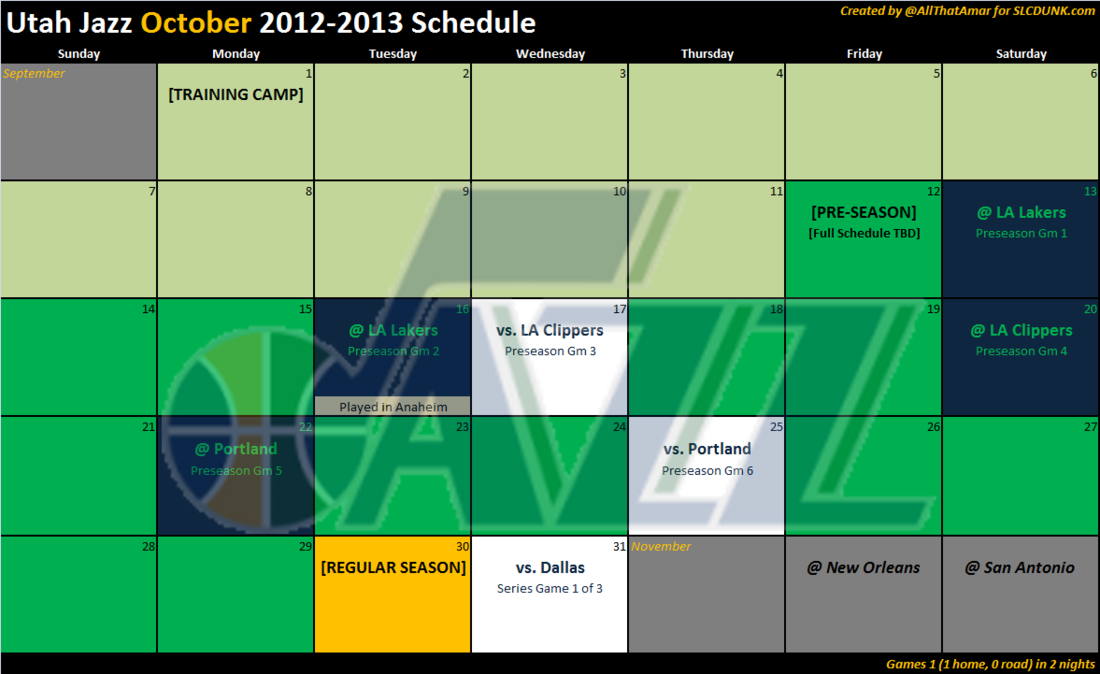 So we play two road games now vs. the Lakers, and home and home games against the Trail Blazers and Clippers. I would not be surprised to see two more games put on the schedule. If I remember correctly we used to play some Eastern Conference teams in the preseason before (like the Milwaukee Bucks or Detroit Pistons).