NBA Off-Season Player Movement: Every team in the North West Division Got Better!!!

Share All sharing options for: NBA Off-Season Player Movement: Every team in the North West Division Got Better!!!

I tried this before but did not do enough research. I return now to present the cold hard facts that every team in the North west division got better. Oklahoma City Thunder did not lose anything of worth, but added Perry Jones III and the height of Hasheem Thabeet. The Denver Nuggets parted ways with Chris Andersen and Rudy Fernandez went back to Spain; but they re-signed both Andre Miller and JaVale McGee, while adding Anthony Randolph and drafting three dudes - Evan Fournier effectively is the next Rudy Fernandez anyway. The Portland Trail Blazers lost a lot of parts, but added even more back in return. Most importantly they drafted Damian Lillard and matched the offer for Nicolas Batum. The Minnesota Timberwolves had a busy off-season as well, and could be something to watch out for with the additions of Brandon Roy, Alexey Shved, Chase Budinger, four future draft picks, and this Andrei Kirilenko guy. The Utah Jazz have been busy as well, and made a number of under the radar moves while only losing Devin Harris, and a trade exemption.

The North West division ALL got better. 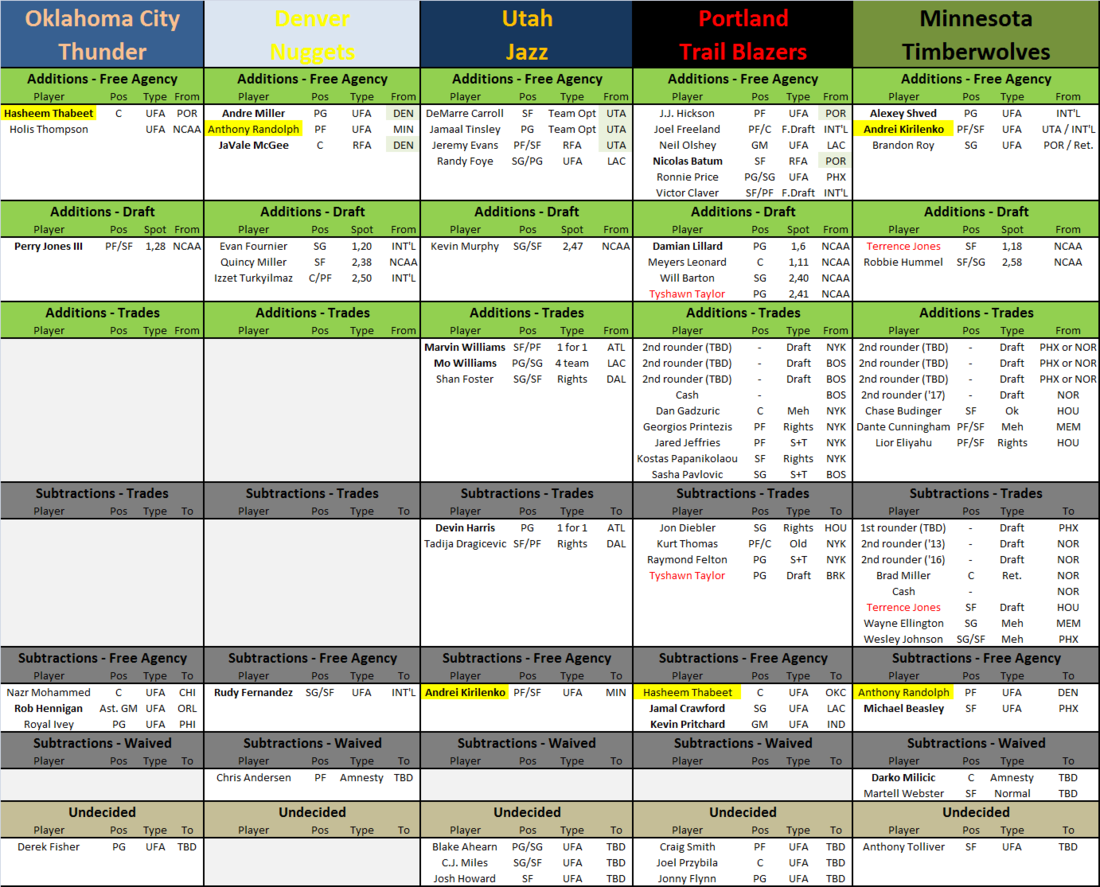 The question is . . . which team improved the most?