Share All sharing options for: The Downbeat #788 - The "Don't Quit your Day Job" Edition

I love this website. I love how all of us bring something to it, from staff contributors, to game thread regulars, to fan post composers, to occasional quips from lurkers. We all have our part to play here. In that regard it's much like the Utah Jazz gameplan. Everyone has a role, and when we play them correctly we get some great results. Sometimes, though, players go down with injury and other people have to step up. This makes life a little harder for the rest of the team. Why? Because, to put it bluntly, it's hard to replace a starter's production with that of a bench person. Worse still is if the non-starter tries to showcase a bit more and plays out of their ability, while also disrupting the carefully created game plan. We're missing Diana today, and trying to fill in her shoes is, well, me. If you did not know, let me tell you: I'm not good at Down Beats. I don't do them for a good reason. Similarly, we didn't have Greg Ostertag shooting threes when he was on the court. That wasn't his role, and if he did it it would be bad for everyone.

So, thankfully, me doing a downbeat is just because I'm filling in. 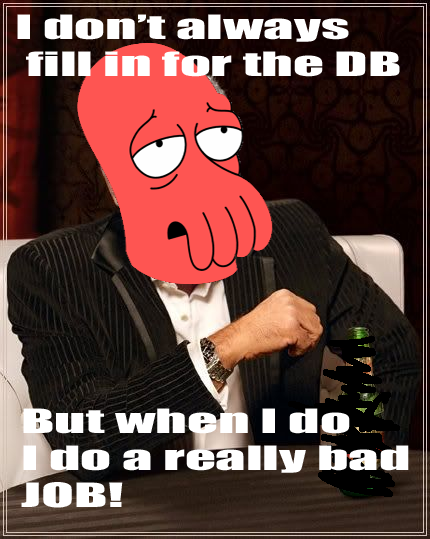 Speaking of Greg Ostertag and threes, did you know that he wasn't any good at them? Not a lot of our players actually managed to be consistent threats from there game in and game out. Perhaps this is mostly a system issue, but we don't really have much history when it comes to one dude drilling them from deep. In fact, there are only three players in Jazz history who have averaged 1.5 or greater made three pointers a game, for a season. They were: Mehmet Okur in 2006-07 (1.6 made threes per game); Mehmet Okur again in 2007-08 (1.6 made threes per game); and Deron Williams in 2010-11 (1.7 made threes per game). Just some food for thought, this last season alone there were 50 NBA players who managed to average 1.5 or more made threes a game. The sooner we start taking and making threes, the sooner the rest of the offense will really thrive and open up.

You know who was really good (and still is) at making three pointers? Steve Nash. Nash and the Phoenix Suns pulled off a sign and trade that sends Steve to the Los Angeles Lakers. The contract is for three years, and more than $25 million in total. If it was for $25 million flat that would be only $8.3 million a season (aka: less than Mo Williams and Devin Harris are making). Nash is a two time MVP. What did the Lakers give up? The Lamar Odom trade exception and four draft picks (only 2 are first rounders). It will be really interesting to see, mind you, how some Lakers fans will justify the ball going to Kobe Bryant for the last shot down the stretch while he's no longer the best / most clutch guy on his team anymore. By the way, Nash has a career average of 1.4 made threes per game.

The Suns and Lakers are bigtime rivals. This trade is, well, really helping the Lakers quite a bit. This would be like the Jazz doing a sign and trade with the Portland Trail Blazers to move John Stockton onto that team with Scottie Pippen, Rasheed Wallace, Arvydas Sabonis and crew for that "one last hurrah" attempt. I can imagine a lot of Suns fans aren't too happy with this. I know Jazz fans would go nuts if we did a sign and trade with one of our top rivals to get rid of our franchise's best player.

Or would you have been happy to see Stockton play for another team? Fill me in, in the comments section!

I guess this just goes to show everyone that the NBA is serious business, and the craziest of things can happen at any moment. I didn't expect the Jazz to make trades for Mo Williams and Marvin Williams. I didn't expect the Jazz to even make a single trade this off-season, let alone two in the span of a few days. I'm glad I'm not an NBA GM, I can't think as creatively as some of them can. I'm also happy I'm not an NBA coach, I spent 7 hours tweaking the roster to try to find the most reasonable 48 minute rotation that makes the least amount of players unhappy -- and then two new guys were added to the team. Yeesh. Amar, don't quit your day job. And leave the Downbeats to the professionals!