The Mississippi Fetish Edition - The Downbeat - #789

Share All sharing options for: The Mississippi Fetish Edition - The Downbeat - #789

A couple of us on Twitter got prematurely excited about the possibility of Derrick Favors joining Team USA in London due to Anthony Davis' injury and Team USA not wanting to affilitate itself with the Kardashian family by inviting Lamar Odom to join the team. That left, seemingly, the possibility of either Favors or DeMarcus Cousins joining the team. 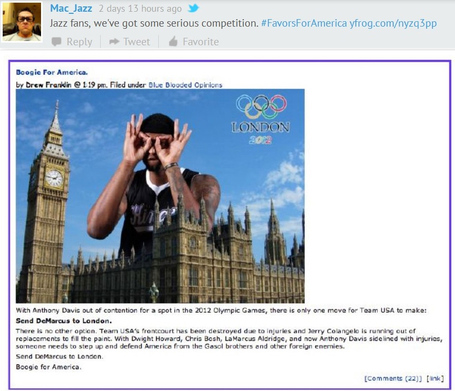 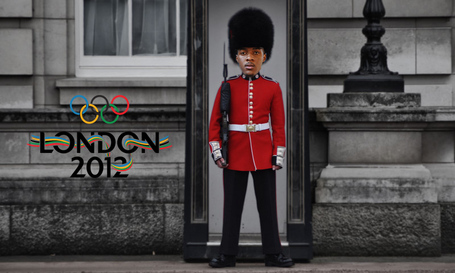 It OKURed to me this past week that KOC's top roster strategy seems to be "rectifying past mistakes." You've all heard him say this past week that letting Mo go was his worst mistake ever. So he got Mo back. The worst draft of KOC's career probably was the 2004 debacle. I personally refer to it (in my mind, to myself) as the kaka poopoo draft, as KOC used the Jazz's three first-round picks on Kris Humphries, Kirk Snyder, and Pavel Podkolzin. Back to my original point, the player taken between Humphries and Snyder was Al Jefferson. So KOC went and got him. That brings us to 2008, when KOC took The KOOF The KOOF chose KOC in the draft. Taken 29 picks later was Shan Foster, who the Jazz acquired the rights to in the Mo trade. (That part was for you, Andy.) So either KOC is out to "fix" his draft record, or he has a secret fetish for all things Mississippi. Mo Williams -- Jackson, MS
Al Jefferson -- Prentiss, MS
Shan Foster -- Laurel, MS Expect a response/rebuttal from Fake KOC in Monday's DB.

Y'all probably know I .gif things. Here's a video compilation of every .gif'ed moment and play from this past season:

Remember when the Jazz had a theme song? (I'm mainly posting this because I can't believe this link still works.) Scream Utah (mp3)