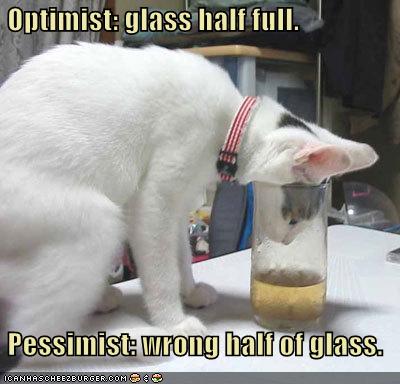 We here at slcdunk.com have had a constant war of the pessimists and optimists. Here I would like to state a few of the sides and discuss what the middle ground is because, almost always neither extremist group is correct. After the jump I'll list the issues and we can get to discussing.

Derrick Favors only averaged 21.2 minutes per game even though he had a PER of 17.1 and had an obvious defensive impact on the game, something that neither Al or Paul had.

Corbin Failed! He is biased towards vets! The FO has no direction and wants to make the playoffs instead of get a championship! They are old-fashioned and have no foresight!

Corbin was making a balancing act between all the good players and put Favors in when he could. Favors really struggled with offense and things got plugged up in the paint with him in. He'll get more playing time next year.

Corbin had not much of a training camp to deal with. He needed players that knew how to run the offense. Sadly, there just weren't many that really did. He played the guys that knew the offense (Al and Paul) though the offense still suffered because not everyone knew it (thus all the standing around). Favors only offensive contribution was putback dunks. Corbin saw this and thought it more important to have a good offense out there thus limiting Favor's time. Was it a mistake? Yes! Will Corbin make it again? FLIP NO! He saw himself in the SAS series that he can't do that. Is the FO lost? Probably not. They saw Favor's getting decent time and his struggling offense. Since he was still getting decent time (notice I didn't say good), they thought it was good for his development. They didn't want a Dwight "I don't know how to play any offense" Howard on their team so they let him know he had to improve his offense to get more playing time. His offense progressed during the year. Was it a mistake to not give him more time because his offense struggled? Maybe.

Burks only played 59 games and only got 15.9 minutes per game despite having a PER of 14 and likely being our 2nd best wing last year.

Corbin Failed! He is biased towards vets! The FO has no direction and wants to make the playoffs instead of get a championship! They are old-fashioned and have no foresight! (sounds familiar to the last issue)

Burks got more time as he played up to it. Burks' defense was iffy at times and at times he was out of control. Burks learned from the vets.

Burks was out of control at times. I remember several times that he tried to force a fast-break and he REALLY REALLY shouldn't have. These turned into turnovers. Burks also like to use isos a lot since it was what he did in college. Burks didn't play in the offense well and usually stood around instead of cutting and screening. Ty wanted guys that would cut and screen so he tried Josh and CJ instead of Burks. As an added bonus, CJ knew the offense and Josh was a long-time player, so he presumably would adapt to the offense easier. Was it a mistake by Corbin? YES! It blew up in his face with CJ and Josh having CAREER WORST years. Did Burks learn something? Well, he's put in a lot of work during the offseason. He used a lot of pick and roll plays and cuts during summer league. He learned to use the offense a lot better! Will Burks play a lot more this next year? Absolutely! Corbin saw that he was playing excellent during summer league and the improvements he's made.

Kanter only got 13.2 minutes per game despite being #6 in the NBA in total rebounding percentage as well as a PER of 14.5

Corbin Failed! He is biased towards vets! The FO has no direction and wants to make the playoffs instead of get a championship! They are old-fashioned and have no foresight! (starting to get old)

Kanter wasn't in basketball shape. Kanter seemed lost on the court. Seriously, he hasn't played basketball for years and needed time to learn. He wasn't getting stuffed all over the place and was lacking on offense.

The optimist is probably correct on most issues. Favors was much better than Kanter and he had trouble to get 20 minutes. Every thing said about him also applies to Kanter except Kanter was even more raw. Should Kanter have got more minutes? Maybe not. Should he have gotten more consistent minutes and a better defined role (i.e. 15 minutes EVERY game with a defined role instead of 5 one game with no role then 25 the next with a main offensive role)? DEFINITELY! Will Corbin change things next year? I'm pretty sure he will. Kanter has learned from the vets whether we say so or not. He takes the ball straight up after offensive rebounds now. He is using his mid-range jump shot now. He has added a few more post moves.

The FO signed Randy Foye who is a combo guard despite the Jazz already having 2 good shooting guards (Burks and Hayward) and 3 point guards (Mo, Earl, and Jamaal).

Corbin Failed! He is biased towards vets! The FO has no direction and wants to make the playoffs instead of get a championship! They are old-fashioned and have no foresight! (phew, no wonder why a lot of the pessimistic and cynical comments are getting at people. They're so darn repetitious)

Randy won't steal minutes from anyone and is more of a backup for injuries than anything. He only has a 1-year deal and isn't in the FO's long-term plans.

Earl wasn't all that good of a point guard last year. I feel he was our 2nd best point guard when he was healthy because his defense was great. Jamaal had a bit better offensive game, but his defense was ATROCIOUS!!!! Randy has decent offense and defense. His defense isn't quite as good as Earl's (ifg% for opposing pgs for Earl is about 20-25% where Randy is about 23-27%) but Randy's offense is way better than Earl's and is better than Jamaal's as well. Randy will probably be the backup point guard next year playing 20ish minutes behind Mo. Will he play some time as a shooting guard? Probably. Is it going to be that much when everything says that Burks and Hayward are just as good if not better than Randy? NO!!! I feel that both of them will be used more in a facilitating role as well since both our point guards aren't that good at passing (if you consider Randy our backup).

If there are other issues, please post them in the comments and what you feel a compromise would be between the two sides. Heaven knows we need to be a little less extremist on this sight.

Which view is probably the most accurate?