Share All sharing options for: The Feel Good Underdog Edition -The Downbeat #828

Football is on the mind as College Football season starts today. Last night I watched for the first time, the movie, Rudy. It was a great movie, it made me feel happy to see a person work so hard to achieve a seemingly impossible dream.

As a sports fan I don't know how I had never seen Rudy before last night. It did make me think of our Jazz. Of course the Sundiata Gaines shot came to mind.

I have seen that video many many many times, and it still gets me. I am still excited for Sundiata and I get chills as his shot goes through the hoop. A seemingly impossible dream that a kid playing for the Idaho Stampede would get a call up and hit a game winning shot in a very important game.

It is sad to think that the only player left from that magical game for the Jazz is Mr. Paul Millsap. (Another dream-come-true story a 2nd rounder making it big).

How Sloan out-coached Mike Brown down the stretch was amazing to watch.

Will we have another "Rudy" moment with the Jazz, who do you see filling that role this season?

Carroll proved to be one of the sparks we needed down the stretch to make the playoffs. I am convinced that the Jazz especially always need a player who is willing to do the dirty work, that doesn't need shots, or plays ran for him. I think it takes a special player willing to play that role on a team.

I like this video, it breaks down DeMarre's first quarter play in the first game of summer league

Now someone who isn't an underdog but kind of sees himself as an underdog:

So he feel right below Jason Maxiell and right above Michael Redd. Um, that doesn't seem were Alec should be. Those dudes are on their way down and our special Alec is on his way up.

With what we have seen from Alec don't you think he should be ranked much higher? I mean c'mon this is what he can do:

Here is the minutes distribution from our last game last season. I was at that game. Demarre really stood out in the 4th quarter, Favors was ruthless the entire game, leading the fight.

How would you like it to change this season (swapping Harris for Mo-Will, Foye and Marvin for C. J, Miles and Howard and how ever else they'd fit in)

Obviously Al and Paul wouldn't play over 40 mpg. We have talked ad-naseum about minute distribution. But is how Ty did in the last game a good indication of how he will do it this season?

Lastly in case you missed it: Enes Kanter's abs 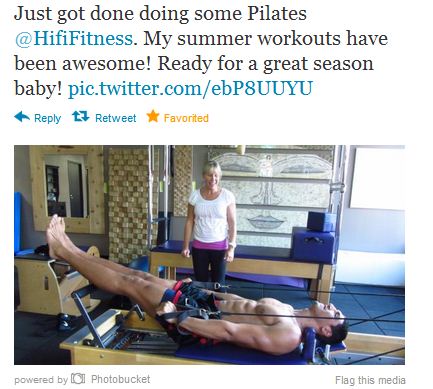 He sure has been working hard and I don't see how anyone can say he is out of shape :)