The Pilgrimage Route Edition - The Downbeat - #829

Share All sharing options for: The Pilgrimage Route Edition - The Downbeat - #829

Remember when Enes Kanter said during the Summer League that he had gained 20 lbs. in two weeks eating his mom's cooking in Turkey and everyone was like "ZOMG, he's so out of shape"? Yeah, that was funny. 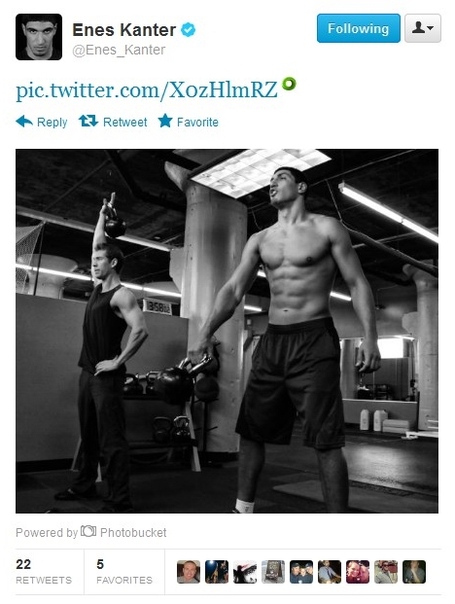 If Scott Layden ends up with the Spurs, how do you predict the Jazz will fill his spot on the bench? Before it was announced that Gordie Chiesa has accepted the position of special consultant with Jacque Vaughn in Orlando, I would've thought he'd be a likely candidate. The Jazz could also follow the path popularly taken by other teams of promoting their video coordinator, Jefferson Sweeney, who's been with the team for over a decade. Or the hire could be another one of Tyrone Corbin's old friends/teammates that we aren't familiar with. Player-coach position for one of our geriatric point guards? Another alternative could be, as proposed by David Smith on Twitter, hiring Matt Harpring for the bench. This would also get Harpring off the TV broadcast, and possibly get Boner (Boler+Booner) going again. So many possibilities. Anyone spring to mind? Anyone you'd be thrilled to get?

I was thinking the other day about where a Utah Jazz pilgrimage would take fans. Outside of Utah, I think you'd have to hit Spokane, WA (Jack and Dan's, although John Stockton's dad is no longer an owner); Summerfield, LA; and McLeansboro, IL. Would you include New Orleans as a stop, or is it unrelated to the Utah Jazz? What about within the state of Utah, besides the ESA and at least one Fanzz store?

Tim Duncan and Kevin Garnett talking in 2000 about what they learned from playing against Karl Malone, via @JazzBasketball1: