Let's take a look at a collection of players who played in the NBA last season, where they were drafted, what they did last season, and how big their remaining contracts are. Essentially, I guess, these are "peers" of Millsap. Mostly PFs or husky bigs who are all under 7' tall . . . some are more face-up bigs and/or threes in the Jazz offense if they played here. 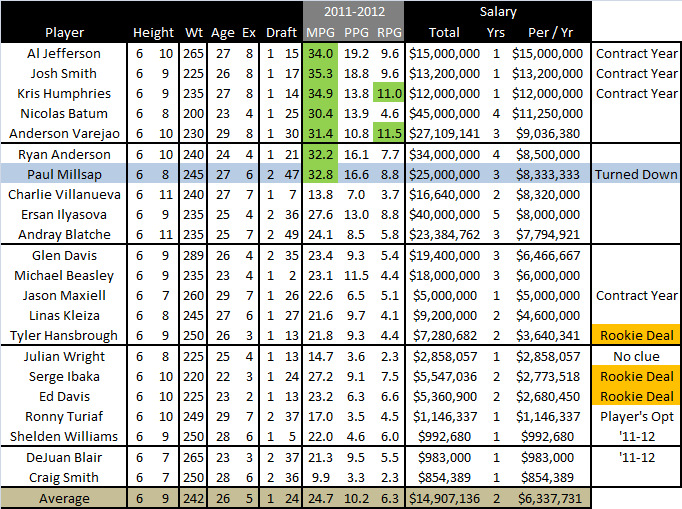 Clearly Paul Millsap is one of the best players here, and the contract the Jazz just offered would have made him one of the best paid in this list as well. You can easily argue that he's better than a number of guys who'd make more than him. But. Well. There is always going to be overpaid bigs in the NBA. I don't think the Utah Jazz need to get into a habit of making bad decisions. Somehow finding a way to break the rules of the NBA, or let his contract expire, and then pay him $10-12 million a year would be a bad decision.