Share All sharing options for: London Olympics 2012: Men's Basketball Knock out Round 1

Now that all the riff-raff is out (yeah Tunisia, I'm looking at you), we got to the knock out stage of the tournament. There are four games in the first round, and the four winners go on in the next round. And then in those two games that play the winners go on for the Gold Medal. You know how these things work. The Knockout stage is the "Elite 8" for you March Madness fans out there.

We had USA vs Australia; Brazil vs Argentina; Russia vs. Lithuania; and France vs Spain. 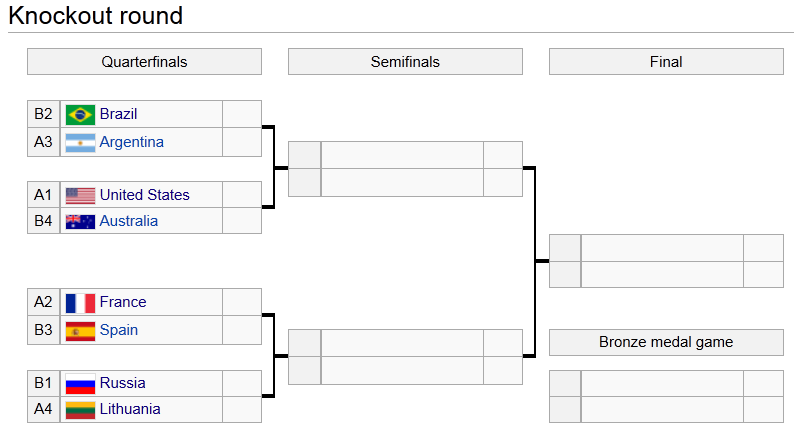 Who won? (well, spoilers, the USA did) But to read about these matches click onwards, brave reader!

Tomorrow we get USA vs Argentina, and Russia vs Spain. Woo!