Jazz 2012 Rotation: Point Guard may not even be a long-term problem

Share All sharing options for: Jazz 2012 Rotation: Point Guard may not even be a long-term problem

In my decision to try to be more professional; be more of a rational fan; and ultimately, give the Utah Jazz fans a better experience here I'm trying to be less of a homer. I'm also trying to see the move the Jazz may in the big picture. If you look at one move, isolate it from the rest of the moves being made, you tend to go too deep into an entirely shallow subject. I can't look at it one game at a time, or even one season at a time. Teams that win championships do not. So, right now with a roster filled with point guards on expiring contracts I'm not going to worry. Mo Williams is here, and will start. And he wants to finish his career here. And the good news is that a) over the last two seasons he has learned to be effective off the bench, and b) his career isn't going to last another decade. Earl Watson is the incumbent backup, but he's long in the tooth and currently injured. Jamaal Tinsley is similarly experienced, and nearing the end of his career. Randy Foye isn't young, but he's in his peak right now. He's not really a distributor and more of a shooting guard now, but we'll have a full season to see what he brings to the table.

And at the end of the season we'll only offer contracts to two of those four guys. The best two.

And this off-season we're going to MOST LIKELY HAVE a solid 1st round pick to use on a guy to improve our team.

KABONGOOOOO IS BANTU FOR STOCKTON. HE IS UNDER THE DIRECT DEVELOPMENT OF STEVE NASH. AND HE FULFILLS MY CRAZY NAME CRITERIA. 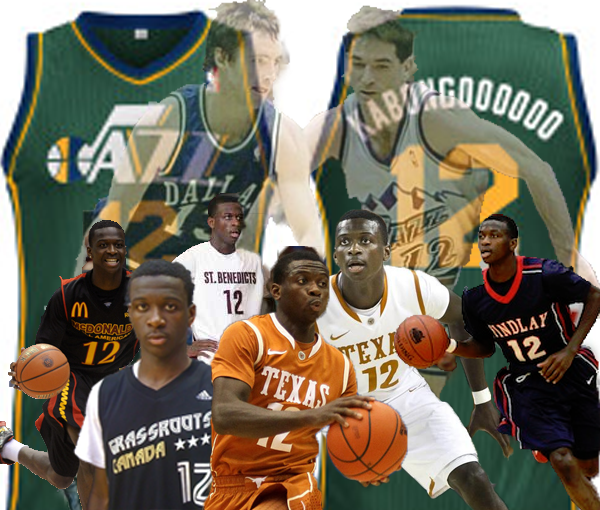 Photoshop would have been better if there were high-res images of Nash vs Stockton available...

And yes, I know "Bantu" is a people, and group of languages; but it sounds better than "Kabongo is Kikongo for Stockton" . . . actually. I think I'm wrong about that.