We played a good first half. Did some things well, some things we need to improve on. It's time to adjust and get better and make a run here in the second half. Clean up some mistakes and get out and run when the opportunity arises.

Share All sharing options for: The Downbeat #945- The Jon Bon Jovi's Greatest Contribution to Humanity Edition

Whoa, whoa, we're halfway there. Last night marked the 41st game of the Jazz's season and the club stands at a tidy 22-19 and 7th place in the Western Conference standings. The Jazz have won 7 of the last 10 games and have a slew of home contests upcoming and now is the time the Jazz are certainly going to make a move up the standings. How far can they realistically climb?

Even the most optimistic of fans have to admit that we won't catch Oklahoma City, San Antonio, or the Clippers in any altrenate universe. And you can probably throw Memphis in there as well. So from that standpoint, I believe the 5th seed is our ceiling. Looking at the other teams, Denver has played better than the Jazz up to this point, and unlike most other Western Conference teams, they can make the same claim we can about having the schedule go against them so far.

Golden State has certainly outplayed us up to this point as well, but as most of you know Stephen Curry's ankle is a huge wildcard for them. And I think we have the inside track on the rest of the West and the 7th seed. I picked the Jazz to win 47 games this season before it all started, I believe and I'm feeling really good about that prediction now. Going 25-16 the rest of the way would be nothing to sneeze at.

The halfway point is also a great time to give out some Jazzcentric midseason awards.

Before the season I had Millsap, Favors, Jefferson, and Hayward ranked as our best 4 players in that order, and while Favors hasn't been able to have a great season due both to his inconsistent play and opportunities, Jefferson, Millsap, and Hayward have taken turns being the best player on any given night. Jefferson, especially lately, has been the best player, probably most often. He's certainly the Jazz's most important player due to the fact that the offense is built around him, more than anything. But he has responded the last few weeks, increasing his numbers as the season has continued.

This is sort of a silly NBA award and so it is equally silly that it is arguably going to the Jazz's second best player and possibly best all around player the last 20 games.

Even in a somewhat disappointing season Favors has been the team's best overall defensive player, both by eye test and the best defensive statistics the world has come up with. Next year, Derrick. Next year.

This award could just as easily go to Jamaal Tinsley, but I think Carroll's improvement has been even more drastic. He has increased his abiltiy to help the team win games by more than anyone on the team this year. Hard work is a talent. And so is having incredible hair.

Coach of the Year- Tyrone Corbin

Tyrone Corbin has been both the best and worst head coach the Jazz have had this season.

Time for your weekly, but only one time a season, midseason offensive and defensive efficiency update: 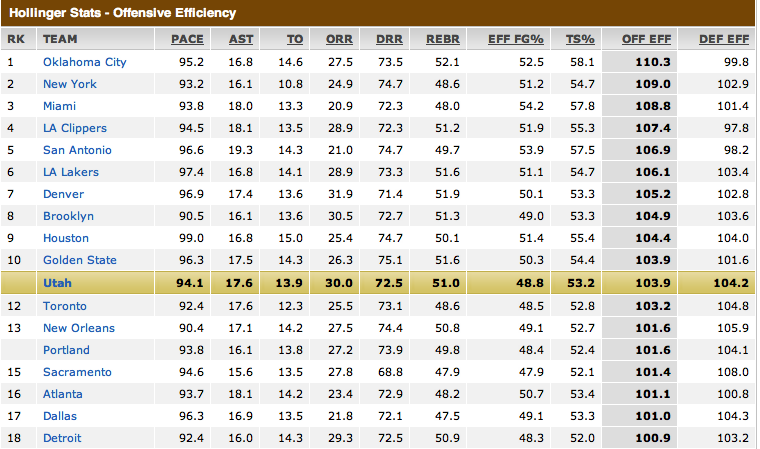 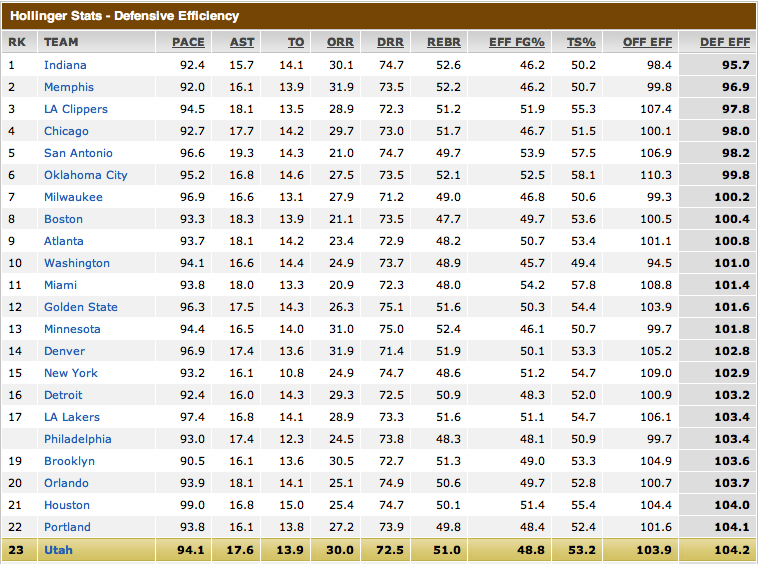 If the Utah Jazz were a style of music, what would they be? I say progressive rock.

Just kidding. What I really want to know is, what is your favorite thing about the season so far?

I still maintain that the Jazz will make no trades this season. In light of that: