The Los Angeles Lakers won a coup in getting point guard legend Steve Nash this off-season. He's one of the most exciting offensive players ever, and a really awesome guy to boot (and Canadian, which may be redundant). I love Steve Nash. I'm also a Jazz fan -- and as a result -- have followed the career of John Stockton long before his farewell tour season. (A season where he still had a PER of 21.0) 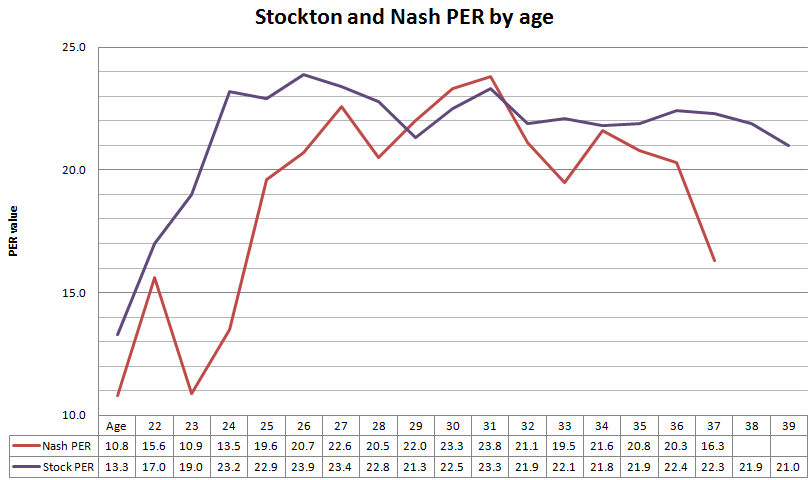 John was better. His peak was higher, and lasted longer. He dominates Nash in the all-time ranks for things point guards are supposed to do. Nash was a way better three point and free throw shooter. Stockton was a way better passer. Defense is not even to be brought up into this discussion because they're not even in the same volume of defense, let alone on the same page in the book of defense. Health is the real trump card. John was much more healthy, and almost always played in all 82 games.

As a Canadian it is no shame to admit that John's peak was both higher and longer than Steve Nash, who benefited from playing in the internet era filled with satellite TV and HD cameras. John played in the day when Western Conference playoff games were on tape delay, and news papers didn't even have the final score to some games because their deadline to go to print was before the games even ended.

EDIT: Here are the tweets that started me down this comparison: 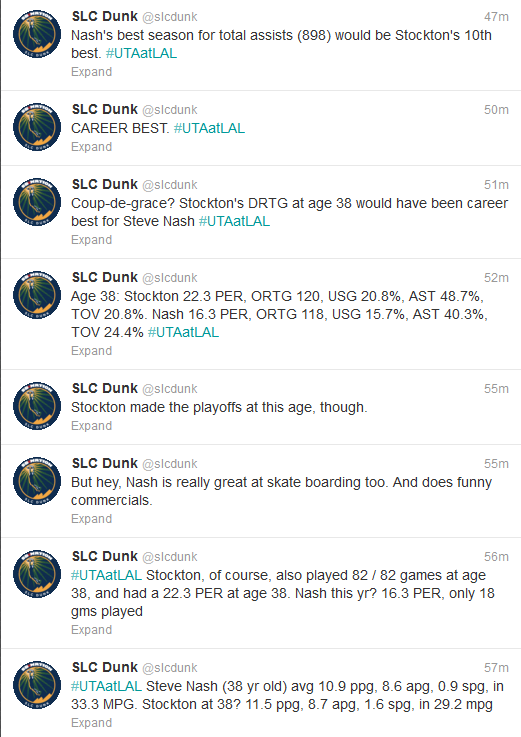