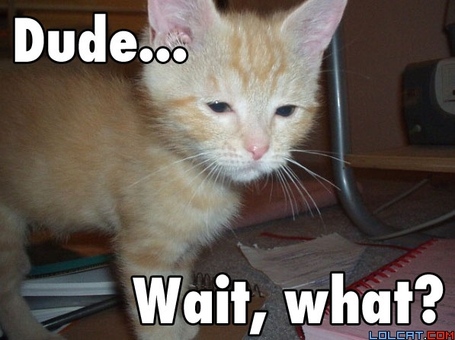 First, what is a shooting guard in the Utah Jazz system? Truth be told, the Jazz only have three positions in their system--Point Guards, Wings, and Big Men. There have been very few successful Jazz wings ever. The list starts with Jeff Hornacek, ends with Gordon Hayward, and has basically nothing in the middle (we all know AK47 was a power forward). Others that have done decent at the job include Randy Foye, Byron Russell, Demarre Carroll, and others, but this list is long enough for my purposes.

Why have Hayward and Hornacek been great; Foye, Russell, and Carroll been ok; and everyone else stunk up the place? Well, Jazz wings need to do 3 main things on offense: 1) Spot up, 2) cut, and 3) act as a secondary ball handler. Hayward and Hornacek do all three of these things thus making them ideal Jazz wings. Russell and Carroll can cut and spot up, but they weren't/aren't good ballhandlers (at least to my memory; forgive me, I was 8 when we went to the finals). Foye can do a tiny bit of ball handling and is REALLY good at spotting up. This makes these three ok at the job. I won't, however, go into defense because that might break Corbin's perception of Foye, and we would never want to cut into his 30 minutes a night.

So why is Burks not a shooting guard, or as we're discussing, a wing? Well, he can't spot up very well (33% isn't bad but isn't good either) and is only ok on cuts. He really just doesn't move off the ball very well. He has a knack for cutting in for an offensive rebound, but that's not what we're after from our wings. His redeeming quality as a Jazz wing player is his ballhandling and passing skills. As a secondary ballhandler he is pretty dang good. He makes crisp passes and has good control on the ball. He doesn't see the pass as well or know when to pass it like Hayward does, but let's face it, the white cobra is a basketball genius.

So where is Burks' niche? Well, let's look at the other 2 positions on the Utah Jazz namely Big Men and Point Guards. I think we can agree that Burks is not a Big Man, so let's discuss point guards.

What is a point guard supposed to do? The list of good Jazz point guards starts with Pete Maravich, continues on to John Stockton, and finishes up with Deron Williams. I'll focus more on Stockton and Williams since Maravich played in a different system. Stockton and Williams were successful because they 1) could make good passes, 2) were smart and knew when to make the pass, 3) played well in the PNR, 4) shot the ball well, 5) had a good handle, and 6) could dribble drive to open up the offense.

Let's look at some quotes from pre-draft stuff to see Burks' skills and how they match up.

Burks' ability to quickly create shots is evident in his transition numbers, as 21.8% of his possessions come on the break, the highest in the class. Burks is a talented shot creator in the halfcourt as well, with 16.1% of his possessions coming on pick-and-rolls (1st overall) and 19.0% coming on isolations (fourth overall). Burks' 0.897 PPP on isolations ranks dead in the middle of the class at ninth, but given the defensive attention he drew, it's still impressive.

Another interesting note on Burks' isolations is the equal rate he drove left and right, having 53 possessions on the season going right and 54 going left. His PPP was equally impressive in both directions, at 0.849 going right and 0.963 going left.

This one from draftexpress.net discusses how he is good at the PNR and dribble driving. It also discusses his talent in transition, something Corbin has tried to get more from his point guards this year.

Burks is a shot creator, a skill that is highly coveted at the professional level. Over two-thirds of his offense is generated by himself, be it in isolation situations, in transition or in pick-and-roll opportunities. He ranks in the top five amongst our top 100 prospects in free throw attempts, and (more impressively) is second overall in makes because of the stellar 82.4% he shoots from the line.

Capable of driving in either direction, Burks is a smooth yet explosive slasher with an outstanding second gear. He has excellent speed in the open floor and the body control and ball-handling skills needed to slither his way around opponents and get to the rim.

More from draftexpress on his shot creating ability from the PNR, iso, and transition.

Unlike most big-time scorers from small(er) colleges, Burks is a fairly unselfish player who is more than capable of making the extra pass. Even if he's often asked to be the one creating and finishing shots for his team (particularly late in the shot clock), he's a nice weapon to have in a half-court offense thanks to his solid court vision and good basketball IQ. When Colorado's starting point guard goes to the bench, Burks will man the position, which is a good indication of the versatility he brings to the table.

Looks like YuccaMan isn't the only one that thinks that Burks makes good passes. Draftexpress shares the sentiment.

Strengths: Burks has NBA shooting guard size at 6'6 with an excellent 6'10 wingspan, and even shows some point guard abilities ... An advanced ball-handler who can get to the rim in traffic using either hand... Uses his athleticism and feel for the rim to finish in the paint... Has excellent scoring instincts and really knows how to create his own shot ... Possesses a rhythmic bounce to his step that allows him to pullup off the hesitation dribble ... 82% free throw shooting on 7.9 free throw attempts per game ... Excels in the open court, where he uses long strides and his athletic ability to convert on fast break opportunities ... His versatility allows him to play both as a slasher off the ball, or a combo guard with the ball ... Shows good court vision and a willingness to create for others, illustrated by his 2.9 assists per game ... Anticipates well on the glass, bringing in 6.5 rebounds in just 31 minutes per game ... He's long and athletic enough to be an effective defender at the next level ...

nbadraft.net seems to agree with draftexpress.

That's it folks. Burks is a point guard. He's not our best option, but he is our best option for right now. The naysayers have a good point in that he doesn't operate well as the only ballhandler. However, when paired with other ballhandlers (e.g. vanilla cobra) the offense does great.

I haven't even started talking about defense. Burks has the tools to be a great defender. He tries for a steal way too much, but even at that he still is better than the other 2 options at point guard.

Someone make it happen. Alec Burks is a POINT GUARD!

In the Jazz system, is Burks more suited as a point guard or a wing?