The Downbeat #1168: The Reminder Edition

Share All sharing options for: The Downbeat #1168: The Reminder Edition

The Pick and Roll offense has been a part of Utah Jazz Basketball for as long as I remember. It morphed into the Flex and then Horns and the past couple of years wasn't used as much because of personnel. Reminder... It is back. I am not going to fully examine all of the possible options with the Pick and Roll, just four of the hundreds. When run properly by all involved, the pick and roll will result in easy baskets. It is comparable to a Choose Your own Adventure Book for Trey Burke. Also comparable to NCAA Football's read option. If A happens, then choose B. If B happens, then choose C ect. Images from Breakthrough Basketball

Ball Handler Option #1 If the defender is trailing Burke essentially the screener is screening two guys and Burke can go straight to the basket. This also means that three defenders are guarding four people... hence more options.

Ball Handler Option #2 If the defense tries to hedge the ball handler and push him further away from the basket, the ball handler can try to beat the larger, slower defender to the lane. Once again we have four offensive players being guarder by three defenders...or as the kids like to say "numbers."

Ball Handler Option #4 When the ball handler sees that either his defender or the screener's defender is trying to sniff out the PNR he can reverse the direction of the screen and go on the other side of the screener. Giving him a wide open lane to the basket.

We have some very talented Utah Jazz fans. Especially when it comes to technology and editing. Reminder if you miss a game you can catch highlights on these few Youtube channels.

Reminder: The Utah Jazz players and the organization is/are (for you grammarians) full of real people. They have feelings, desires, dreams, families ect. At times, they go out of their way to live up to our lofty expectations. 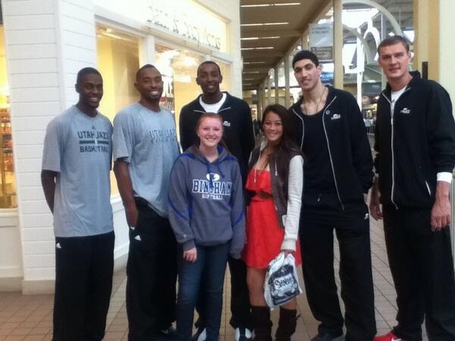 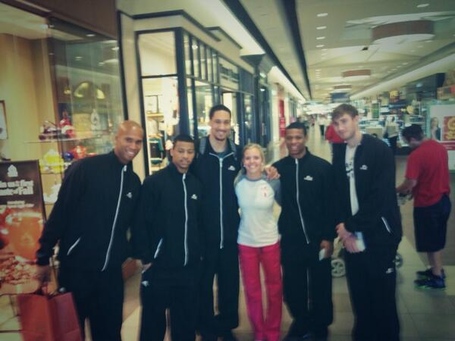 It doesn't matter who starts, it matters who finishes. Alec Burks will get 25+ minutes a game, possibly more. He said in shoot around yesterday that he doesn't mind being the 6th man...

Alec Burks says he's comfortable as the 6th man on this team, as long as he's on the floor. He said John Lucas III's game compliments his own, and likes sharing the back court with him. Burks and Lucas III led the Jazz in scoring last night with a combined 30 points on 11-19 from the field. 6 of Burks 10 shots were in the paint, and none were from farther than 19 feet, he clearly as an objective of getting to the rim, and he was successful last night. 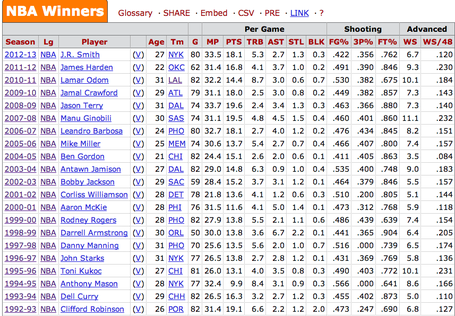 Utah Jazz Tweet of the Week was from @BillSimmons...