Behind the Pinwheel Curtain at Blazer's Edge. No more toxic contracts, okay?

Share All sharing options for: Behind Enemy Lines: Blazer's Edge

Postgame: Suns 104, Blazers 98 - Blazer's Edge
You know those worst-case scenarios and ugly predictions for the Blazers this season? This was a game that caused those thoughts to enter the back of your head. You knew that this is just preseason, and there's no reason for panic, but that didn't change the ugliness of their on-court play. Just a dreadful, dreadful game. But we have three weeks, and some returning personnel, before the season starts.

Ben Golliver relays some interesting information about how an MLS team might end up being the king of professional sports in Portland, OR.

Mesh: Are Timbers Overtaking Blazers As Portland's "Signature Sport"? - Blazer's Edge
Aaron Mesh of the Williamette writes: "But this fall, as the basketball and soccer seasons overlap, a funny thing has happened: The Timbers have overtaken the Blazers as Portland's hot ticket, and are poised to usurp the title of Stumptown's signature sport." "Soccer just seems hipper. The oddities of the game-its Eurocentric flavor, its reliance on crowd participation, its appeal to mustachioed baristas-dovetail with the rise of a young downtown culture."

Did you know that the Portland Trailblazers are like pieces to a chess game? (Sidenote: Their Bishop, Knight, and Pawn were all taken from the Jazz's game set.)

Lewis: Comparing Blazers Players To Chess Pieces - Blazer's Edge
Queen - Damian Lillard While the queen is the best offensive piece in the game of chess, the weakness of the queen is defense, because losing that piece will lower the probability of winning. Also, an isolated queen is a vulnerable queen, because if lost, there is no ability to counter the loss of value immediately.

IT'S A MIRACLE! THEY REPLACED CHALUPA 100 POINT GIVEAWAY! Who decided to step in and save the day?

The promotion, which will reportedly begin at the home regular season opener, replaces the popular "Free Chalupa" deal with Taco Bell that ran for more than a decade. Blazers president Chris McGowan told reporters at Media Day that a Chalupa replacement would be announced last week.

Which lucky Boggers™ will get the My_Lo bump today?

[Sidenote: Dave and Timmay!, you both could have been big benefactors of the My_Lo bump. But neither of you have twitter accounts to link to that I can find. You got 24 hours. If you contact me, @My_Lo on twitter, I will put you in Behind Enemy Lines. Also, you don't have a twitter account? Is this a Portland hipster thing? Do you guys tumble? That's what the kids call it right? Tumble on Tumblr?] 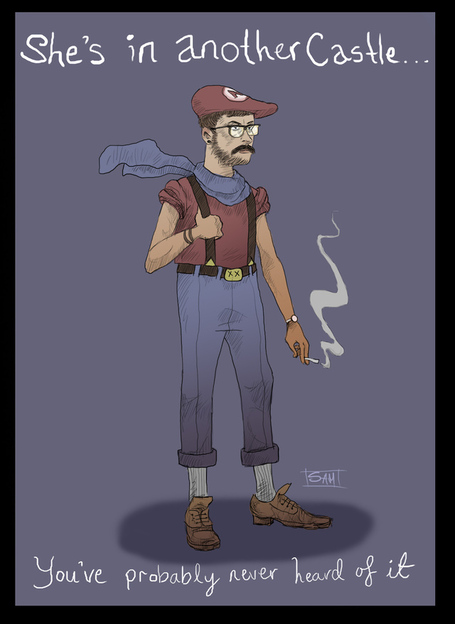 It's that time again! Time for hilarious game thread quotes from Portland's previous game against the Phoenix Suns!

Don't worry guys, everyone struggles against the Phoenix Suns ...

Will Felton jokes continue into this season? I'm not ready to give them up yet.

formerly Chuck Nevitt. This is better.

Allright, I'm ready for the game!

And I’m out tonight, while shuttling the teenagers around. So where am I taking in the game? Some fine sports themed, beer and wings serving establishement? Nay!

Being beaten by the Clippers is one thing.

We get blown out by the Suns ima be mad.

Why do all the crappy players play better vs us?

This is what preseason NBA is all about, watching fuzzy feed that is derived by an arena's jumbotron.

Great quote from Bright side of the Sun

"I realized what this broadcast reminds me ofBowling alley graphics from the TV screens when you get a strike."

Yeah, as I mentioned in another thread today, RG in game experience is cheesy as all get out.

The moment all the Crabbe jokes went too far.

I'm Itching for some Crabbe baby

Naw, he just missed with the elbow to the face

I guess this is what being DMCs rook does to you.

Never mind. I guess there is. *FACEPALM*

If you're going to propose...do you really want to do it at a PRESEASON game?

Have you watched Trey Burke yet?

I saw him in SL and he looked way over his head. I’m curious to see if he’s figuring it out.

They are absolutely loving Mo Williams.

He did say he was a prooblem haaaa

Mo is a TO machine

No cohesion. Mo is out of control.

MEYERS LEONARD IS NOT THE FUTURE AT CENTER! DRAFT STEVEN ADAMS!

Notorious for not Grammar/Spell checking. I type too fast for my own good.

Mo is quick, if not out of control a bit.

"If you suck and I suck, but we are better than him, does that make us average?"

The crowd should start yelling